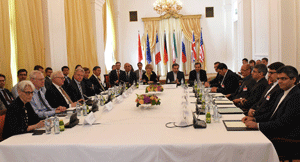 VIENNA (Sputnik) — Iran struck the nuclear deal with Russia, the United States, the United Kingdom, China, France and Germany, as well as the European Union, in July 2015. Under the JCPOA, Iran pledged to refrain from developing or acquiring nuclear weapons in exchange for sanctions relief.

“I can proudly say that in the context of promoting the implementation of JCPOA [Joint Comprehensive Plan of Action], Russia is the undisputed leader of the six [countries],” Voronkov said.

“We help the IAEA prepare agency inspectors for work in Iran. Other actions within the framework of the agreement are not ruled out, taking into account the joint commission’s decisions,” the diplomat said.