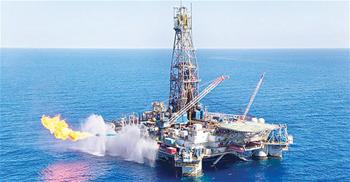 Oil prices fell by one percent early on Wednesday after data showed a build in U.S. crude stocks and OPEC reported a rise in its production despite its pledge to cut back.

The price falls came on the back of an ongoing supply glut that has pulled down crude prices by more than 10 percent since late May despite a move led by the Petroleum Exporting Countries (OPEC) to cut production by almost 1.8 million barrels per day (bpd) until the end of the first quarter of 2018.

OPEC’s own compliance with the cuts has been questioned, and the producer group said in a report this week that its output rose by 336,000 bpd in May to 32.14 million bpd.

Adding to the glut is an ongoing rise in U.S. production driven by shale drillers, which has pushed U.S. output up by 10 percent over the last year to 9.3 million bpd, not far off top exporter Saudi Arabia.

“The outlook for oil hinges on the effectiveness of the OPEC cuts relative to the supply increases from U.S. shale,” said William O’Loughlin, analyst at Australia’s Rivkin Securities.

“Inventory data out last night showed another weekly build in crude inventories despite markets expecting a draw,” he said.

Data from the American Petroleum Institute showed on Tuesday that U.S. crude stocks rose by 2.8 million barrels in the week to June 9 to 511.4 million, compared with expectations for a decrease of 2.7 million barrels.

With supplies plentiful, strong demand is needed to drive the market, but there are signs of a slowdown.

Global energy demand grew by 1 percent in 2016, a rate similar to the previous two years but well below the 10-year average of 1.8 percent, BP said in its benchmark Statistical Review of World Energy on Tuesday.

More specifically for oil, there are signs of a slowdown in China, long the key driver in fuel demand growth, as its economy slows down and refiners have produced far too much fuel for the market to consume, forcing a slowdown in activity.

“Chinese demand is slow… so we have a build-up of crude in Asia where demand seems to have slowed for now,” said Oystein Berentsen, managing director for oil trading company Strong Petroleum.