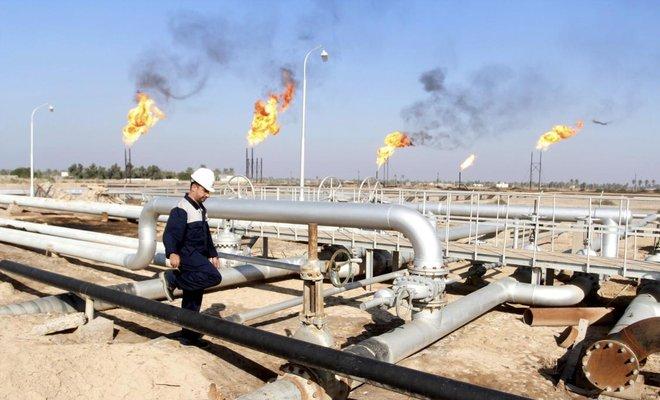 The Kurds of Iraq are going through one of their most tumultuous periods of history. On the verge of finally seeing the much-heralded independence referendum, through Erbil is doing everything it can to stay financially afloat, squash the Islamic State and expand its oil sector – and it is a pretty thin line to walk with all the events going on simultaneously. The latest developments in Kurdish-Russian relations might be indicative of even deeper cooperation and convergence between the two nations, as new petroleum deals will inevitably have political ramifications. Rosneft and Gazprom Neft, Russia’s leading state-owned oil companies, seem very intent on increasing their presence in Kurdistan, with the former walking an extra mile by venturing into Kurdistan’s infrastructure segment.

The KRG (Kurdistan Regional Government)-Rosneft pre-payment deal, signed this February, has successfully laid the groundwork for future rapprochement. Under the conditions of the deal, Rosneft is reported to prepay $1 billion to the Kurdistani government in advance payments in return for Kurdish crude supplies for the next three years. The first Kurdish cargo has already been delivered in April by Rosneft’s trading arm to Trieste, from where it was pumped up to Rosneft’s minority-owned German refineries (MiRO in Karlsruhe and Bayernoil in Neustadt an der Donau). The recently held St. Petersburg Economic Summit brought along a new Rosneft-KRG deal, this time granting Rosneft access to E&P assets within Iraqi Kurdistan (the Russian company signed a preliminary PSA contract for unspecified 5 exploration blocks), as well as transportation infrastructure.

Until quite recently, most of Iraqi Kurdistan (excluding those parts which the Peshmerga retook from IS) was fully covered by exploration blocks. 2016 saw several relinquishments – most notably from ExxonMobil, Chevron, Genel, KNOC, Repsol and Total – and the Regional government has redrawn the licensing map of Kurdistan so as to offer 22 new blocks in 2017 to interested oil and gas companies. Yet judging by the KRG’s rhetoric, many offered blocks will be in territories which prior to the Syrian Civil War and the Islamic State’s emergence belonged to the federal authorities. Fields around Kirkuk (Bai Hassan, Khabbaz etc.) are generally lighter (35° API) than other Kurdistani oil-producing regions and are currently managed by the Regional Government itself – given recent incidents, such as an explosion at Bai Hassan in February, Erbil might find it more convenient to delegate these fields to an external partner.

Rosneft is also bound to gain access to the main conduit of Kurdish exports, the Kirkuk-Ceyhan pipeline, for expanding the pipeline’s capacity from the current 700 000 bpd to 1 000 000 bpd. Albeit not made explicit, the Kurdish government might be also interested in foreign assistance in linking the region’s southern fields (including the Gazprom Neft-controlled Garmian block) to the existing transportation infrastructure, as currently these are deprived of pumping oil directly towards Ceyhan. It is not only Rosneft which wants to increase its foothold in Kurdistan, but also Gazprom Neft. As opposed to Rosneft, Gazprom Neft is already present in Kurdistan, acting as an operator in three blocks in Southern Kurdistan. The Garmian field has been refurbished so as to allow for a swift production ramp-up in the next few years, as the company expects a hike from the current 10 000 bpd to 25 000 bpd by 2020.

This small lithium company is on the verge of becoming the next big thing in the resource space. With incredible assets and a management dream team it should be on every investors radar The other two fields, Halabja and Shakal are expected to be brought onstream in 2018. Gazprom Neft might be granted new licences (KRG negotiations production-sharing agreements individually and on a case-by-case basis) in so-called disputed territories, recently reconquered by the Kurds from IS, possibly even the undeveloped 280 Mmboe Qamar field or other adjoining blocks. Kurdistan, according to current estimates, holds 40-45 billion barrels of oil and in case the current territorial control structure remains intact, this might increase even further as one would also include the Kirkuk Area. Moreover, Iraqi Kurdistan is also rich in gas (generally, gas fields are in the southern part of the region), with the KRG estimating its 3P gas reserves at 5.67 TCm. Kurdistan’s gas sector is significantly underdeveloped, also from the infrastructure point of view – even accounting for a stable rise in domestic consumption with gas gradually replacing oil in power-generation units. Erbil would have 10-15 BCm surplus production to export by the early-2020s.

Russian companies have so far been quite prudent in investing in gas projects abroad, however, the Rosneft communique does, in fact, mention that the strategic cooperation might move towards the gas sector, too. As surplus Kurdish gas is most likely to be marketed in Turkey, it would make sense for Russian companies to get involved to hedge against possible roadblocks with regard to TurkStream. Refining might be another direction in which the Russian and Kurdish side might be interested in. Kurdistan’s two relatively large refineries, Kalak and Bazian (both owned by Kurdish companies), near Erbil and Sulaymaniyah respectively, ought to be modernized and expanded so as to satisfy Iraqi Kurdistan’s increasing gasoline and diesel needs, which are supplied from Turkish refineries. The Regional Government has recently brought up the subject of constructing three new refineries, yet so far the initiative made little headway.

Erbil has so far carefully trodden its path towards gradual recognition by leading international powers and it is unlikely to change course anytime soon. In this, it needs support from Russia, United States, Turkey and many other regional actors. The independence referendum set for September 25 will fortify Kurdistan’s bargaining positions vis-à-vis Baghdad and strengthen KRG’s hold over its oil & gas dealings. In this vein, the recent rapprochement between Iraqi Kurdistan and Russia seems to break new ground – not only are the Russian companies significantly bigger than the ones currently present in Kurdistan with the notable exception of ExxonMobil, they also bring a new element, government backing. Sounds like a win-win situation.

By Viktor Katona for Oilprice.com