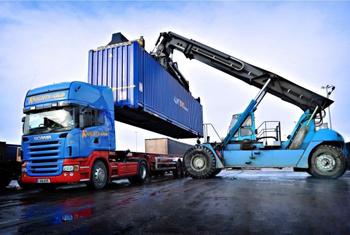 by Chris Anstey and Enda Curran

There’s a dark cloud building behind the world’s best period of synchronous growth among developed and emerging economies this decade — one that in time could rain down volatility in global markets.

The problem, identified by strategist and hedge fund manager Stephen Jen, is a deepening imbalance in the lack of new safe-haven assets as the world’s output expands.

China and other developing nations are accumulating wealth, but failing to create sophisticated local markets that feature their own risk-free instruments. That’s left a dangerous reliance on U.S. Treasuries, according to Jen’s argument, perpetuating a bond bubble and pushing investors into riskier assets.

It’s a tweaked version of the “savings glut” argument that then-Federal Reserve Governor Ben S. Bernanke put forward in 2005 to explain why American borrowing costs were stuck at low levels even as the U.S. hiked interest rates. These days, current account imbalances among the U.S., China and Japan have come down, and Asia’s biggest economies are carrying higher debt loads, undermining the idea that there’s too much savings.

Instead, the problem is that emerging markets haven’t yet been able to develop assets that investors are willing to hold as stores of value and collateral when times get tough. Doing that requires strong levels of confidence in the rule of law, equitable regulation and belief that money can be withdrawn by the investor whenever needed.

“The local capital markets in EM still lack the sophistication to match the real sectors in these economies,” Jen and colleague Nicolo Bandera wrote in a note last week. The continued growth of emerging markets while their financial systems lag behind produces “a situation whereby the genuine safe-haven assets such as the U.S. Treasuries, German bunds, and the British gilts become increasingly rare and in short supply,” they wrote.

Fed and other central bank purchases of their own government bonds have even further limited the supply of such assets, Jen and Bandera highlighted. The Fed is widely forecast to raise borrowing costs for the second time in 2017 this week, with attention zooming in on plans to dial back its $4.5 trillion balance sheet.

China, as the world’s second-largest economy, offers the best chance to develop an alternative to the U.S. Treasuries market, though its capital controls have left foreign investors wary to take full advantage of new avenues to invest in its government bonds.

A history of punishing foreign countries that take actions the Communist leadership dislikes — such as when South Korea moved to allow a U.S. missile-defense system — could also play into foreign and domestic investor reluctance to embrace Chinese assets as a haven.

“China should – no doubt – develop a more liquid and open government bond market,” said Alicia Garcia Herrero, chief Asia-Pacific economist at Natixis SA in Hong Kong. Doing so would offer an alternative to Treasuries and help internationalize the yuan, she said.

“Absent of a massively large and liquid sovereign bond market which can act as free-risk collateral and benchmark for other instruments, no currency can ever become an international currency,” Garcia Herrero said. “China seems to have understood the lesson but, still, too much effort is put in developing the corporate bond market. This is like starting a house from the roof.”

Scarred by past purchases of developed-nation bonds that turned out to be less than safe in the global crisis, and investing in a world with a more subdued growth path since, investors have piled into assets seen as low risk, says Cui Li, head of macro research at CCB International Holdings Ltd. in Hong Kong.

“Can China help and should China open up? Sure,” Li says. “It helps to create financial stability in a world where U.S. Treasury bonds dominate,” by creating alternative vehicles for reserve assets, she said.

It will just take time. In a sign of support for China’s efforts, the European Central Bank announced on Tuesday it shifted a small portion of its dollar reserves into yuan. But that’s one drop in an ocean of official holdings that’s on the rise again. State Street Global Advisors sees global reserves reclaiming their 2014 high by late 2020.

“These are some of the biggest debt markets in the world — however, this market is in its infancy,” Spajic said of China’s corporate credit and government debt. “It may take years to reach developed-market standards, so investors must simply adapt to the terrain.”

In the meantime, Jen and Bandera worry about the unusual configuration of asset prices and their reaction — or lack thereof — to news and shocks. “The aggressive monetary policies have pushed the world into a cul-de-sac, the exit from which may not be orderly, we fear.”