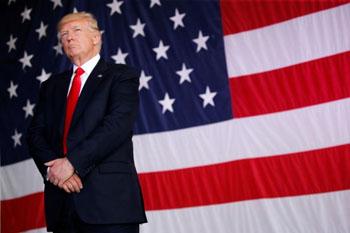 Special counsel Robert Mueller’s investigation into Russia’s interference in the 2016 election has expanded to include an examination of whether President Donald Trump attempted to obstruct justice, according to a new report from The Washington Post.

Daniel Coats, the current director of national intelligence, Adm. Mike Rogers, the head of the National Security Agency and Richard Ledgett, Rogers’ departed deputy, all agreed to participate in interviews with Mueller’s investigators as early as this week, five anonymous sources briefed on the requests told the Post.

It wasn’t immediately clear if others have been questioned by the FBI.

Investigators have also been looking for proof of possible financial crimes committed by Trump associates, officials told The Post.

“The FBI leak of information regarding the President is outrageous, inexcusable and illegal,” Mark Corallo, a spokesman for Trump’s personal lawyer, Marc Kasowitz, told The Post.

The president previously said he had received private assurances from fired FBI Director James Comey that he was not personally under investigation as part of the probe. Comey confirmed that he provided those assurances in testimony he gave to the Senate Intelligence Committee on June 8.

The investigation into obstruction of justice into Trump started days after Comey was let go on May 9, people familiar with the matter told The Post. Mueller’s office has resumed that work and early interviews scheduled to take place with intelligence officials indicate that his team is actively pursuing potential witnesses in and out of the government.

A March 22 exchange is allegedly of potential interest to Mueller, officials told The Post. Coats was attending a briefing at the White House then with officials from other government agencies. When that ended, Trump allegedly asked everyone to leave the room except for Coats and CIA Director Mike Pompeo.

Coats said that Trump had asked him if he could intervene with Comey to get the FBI to back off its focus on former national security adviser Michael Flynn as part of the Russia probe, The Post previously reported.

In his testimony last week Comey claimed that Trump urged him to “see your way clear” of letting Flynn go. Trump has denied the comment.