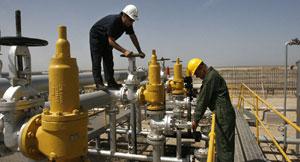 Artificial intelligence is already here, with algorithms replacing traders on Wall Street and tanker watchers in ports. Robots are here, too, drilling wells and cleaning pipelines, assembling cars, and performing surgery. Make no mistake, the fourth industrial revolution is accelerating and it is running on oil and gas—at least for the time being.

This is a fact that few of those active in the advancement of renewable energy would be willing to acknowledge or even consider, yet a fact it is: the revolution needs energy, and at the moment, renewable sources are simply incapable of supplying energy in amounts sufficient to run all the power plants and smelters that produce the electricity to power servers around the world, and the heat to produce the materials that wind turbines, cars, and solar panels are made of. And that’s without even mentioning batteries.

Let’s take solar power. Silicon is the core element of a solar panel. First, it has to be mined. Then it has to be processed at temperatures between 1,500 and 2,000 degrees Celsius. That’s dandy, but this kind of heat can for now, only be produced from coal, oil, or gas—not from solar thermal installations. The highest temperatures that solar thermal installations can generate, according to the Energy Information Administration, is 1,380 degrees F, or 749 degrees Celsius.

This is not to say that at some point in the future solar—or perhaps wind—installations will not be able to power the furnaces that melt the metals to make more wind turbines or electric trucks to mine the lithium, cobalt, and copper for the energy storage systems that will feed the smelter containing the furnaces. But we’re not there yet, and still must rely on fossil fuels to advance renewable energy.

Then there’s the issue of plastics. There is a vast variety of synthetic oil and gas-derived materials that, for good or bad, is a major part of everyday life. Plastics, while non-degradable, are recyclable, and there doesn’t seem to be equal-property, more eco-friendly alternatives for plastics. Here’s a short list of the most popular plastics and their most common uses. The versatility of plastics has motivated research into greener alternatives to all these polymers, but success won’t come overnight. For now, we are stuck with plastics.

Despite the impossibility of kicking the oil and gas habit, we can make it a less energy-intensive habit thanks to some of the technologies that are spearheading the fourth industrial revolution. Think about 3D printing, for instance, which may in the not-too-distant future render storage facilities and inventories—in some industries at least—obsolete as products would be printed on demand. Or telecommuting, enabled by the internet, which has hopefully made a dent in overall emissions as more people work from home.

This small lithium company is on the verge of becoming the next big thing in the resource space. With incredible assets and a management dream team it should be on every investors radar The benefits of the latest industrial revolution are numerous already, and they are on the rise, although some can certainly be seen as challenges, too, especially the automation trend that is causing a job scare.

How the energy industry will fare in the new world of clean energy and eco-friendly non-plastic materials is an open question. This new world is far in the future and this becomes crystal clear when we stop thinking of oil and gas as fuel for cars and trucks only. There are just too many things made or powered by fossil fuels, including greener energy. On the bright side, this has motivated most innovative clean energy and biodegradable materials research efforts, and will continue to motivate them.

In the meantime, welcome to the fourth industrial revolution—powered by oil.

By Irina Slav for Oilprice.com