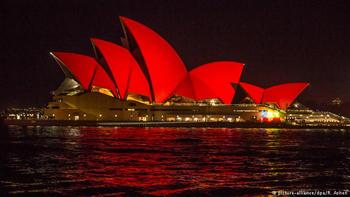 MOSCOW (Sputnik) – Australia has suspended its air campaigns over Syria after a US aircraft shot down a Syrian military jet, prompting the Russian military’s suspension of incident prevention channels and an announcement that airborne objects would be tracked west of the Euphrates, local media cited the Australian Defense Department as saying Tuesday.

“As a precautionary measure, Australian Defence Force strike operations into Syria have temporarily ceased,” The Canberra Times publication quoted the statement as saying.

On Sunday, a US jet shot down a Syrian Su-22 fighter-bomber near the city of Tabqa. The US-led coalition said the Syrian aircraft attacked Syrian Democratic Forces (SDF) positions, adding that the coalition downed the Syrian jet as part of “collective self-defense of Coalition partnered forces.”

The Russian Defense Ministry announced Monday that it suspended the deconfliction channel with the United States for incident prevention in Syria following the attack.

Additionally, the Russian Defense Ministry announced that any airborne objects west of the Euphrates River would be tracked by Russian ground and air defenses as targets.