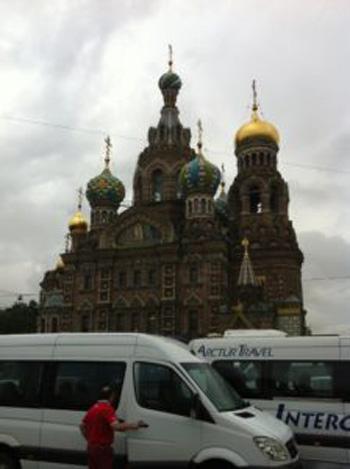 MOSCOW, June 19. /TASS/. Moscow is terminating its communication channel with the United States under a memorandum for preventing incidents in Syria’s skies, as a consequence for the US downing a Syrian Su-22 plane, Russia’s Defense Ministry reported on Monday.

“As of June 19 this year, the Defense Ministry of the Russian Federation has ended its interaction with the US side under a memorandum for preventing incidents and providing for safe flights during operations in Syria and demands that the US command carry out a careful investigation and report about its results and the measures taken,” the statement reads.

“The shooting down of a Syrian Air Force jet in Syria’s airspace is a cynical violation of Syria’s sovereignty. The US’ repeated combat operations under the guise of ‘combating terrorism’ against the legitimate armed forces of a UN member-state are a flagrant violation of international law, in addition to being actual military aggression against the Syrian Arab Republic,” the ministry said.

Russia will regard any flights within the area of its air force group’s operation in Syria as legitimate targets, the ministry stressed.

“Any aircraft, including planes and drones of the international coalition, detected in the operation areas west of the Euphrates River by the Russian air forces will be followed by Russian ground-based air defense and air defense aircraft as air targets,” the report said.

The ministry explained the reasons for suspending the memorandum. According to the ministry, at the moment the Syrian warplane was hit by the US fighter, Russia’s Aerospace Forces were carrying out missions in Syria’s airspace; “However, the coalition command did not use the existing communication line between the air commands of Al Udeid Air Base (Qatar) and Khmeimim Air Base to prevent incidents in Syria’s airspace.”

“We consider the actions of the US command as a deliberate default on their obligations under the memorandum on on preventing incidents and providing for safe flights during operations in Syria signed on October 20, 2015,” the Defense Ministry stressed.

On June 18, a US fighter jet from the international coalition shot down a Su-22 fighter of the Syrian Air Force using an air-to-air missile. The Syrian warplane was carrying out a combat mission to provide air cover for government troops units, which mounted an offensive against the Islamic State terror group (outlawed in Russia) near the populated locality of al-Rasafeh. The Syrian jet was destroyed by the attack. The pilot ejected over the area controlled by terrorists, his fate is unknown.