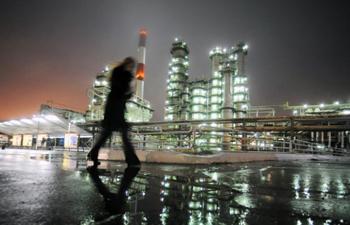 Oil prices dipped on Wednesday, trading around multi-month lows as investors discounted evidence of strong compliance by OPEC and non-OPEC oil producers with a deal to cut global output.

Global benchmark Brent LCOc1 was down 11 cents, or 0.2 percent, at $45.91 barrel at 0345 GMT after falling nearly 2 percent in the previous session to its lowest settlement since November.

U.S. crude futures CLc1 for August were trading down 8 cents, or 0.2 percent, at $43.43, after a more than 2 percent decline to the lowest since September on Tuesday.

Compliance with an agreement by the Organization of the Petroleum Exporting Countries and other producers to cut output by 1.8 million barrels per day (bpd) for six months from January reached its highest in May since curbs were agreed last year.

“The lack of a positive response in oil prices clearly suggests market participants are not convinced that the OPEC’s efforts will help shore up prices in a meaningful way in the short-term as shale supply continues to rise in the U.S.,” said Fawad Razaqzada, market analyst at futures brokerage Forex.com.

“Unless we see a marked reduction in crude stockpiles, the possibility of further short term falls in the price of oil cannot be ruled out,” he added.

A government report is due at 10:30 a.m. EDT (1430 GMT) on Wednesday and the official figures often differ sharply from those of the industry group.

OPEC and non-OPEC oil producers’ compliance with the output deal reached 106 percent in May, a source familiar with the matter said on Tuesday.

While compliance is high, it is what went on before the production cut that counts, BMI Research said in a note.

“A number of producers – notably Iraq, Saudi Arabia and Russia – aggressively ramped up output in the run up to the deal, fast-tracking projects, expanding drilling programs and deploying spare capacity,” BMI said.

Thus the production cut is not costless and “should prices relapse again, OPEC has much less in its arsenal with which to respond.”