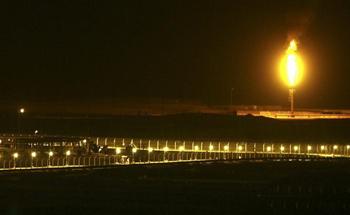 Mexico hosted another oil auction on Monday, auctioning off shallow water oil and gas blocks to international companies. The auction was the latest in a series of offerings related to the country’s historic energy reform, which opened up Mexico’s energy sector to private investment.

The latest auction had modest hopes, as the blocks on offer were in shallow water areas, far from the much more sought after deepwater blocks near the U.S. maritime border. But the results exceeded expectations, with a handful of oil majors jumping into the fray.

Mexico awarded 10 of the 15 blocks that were offered. “This is a great result,” Juan Carlos Zepeda, chief of Mexico’s oil regulator CNH, said at a news conference. Italian oil giant Eni was one of the most active companies in the auction, winning one block by itself and two more as part of a consortium with some smaller companies. Other top-tier oil companies won blocks as well – Russia’s Lukoil took one, and Total SA and Royal Dutch Shell joined hands to win another. It marked Shell’s first upstream entry into Mexico.

“Light oil is where we are seeing the most competition and interest,” Juan Carlos Zepeda said. “There’s more difficulty in the blocks where there is a lot of gas.”

Eni’s involvement was logical. The Italian oil company was the one that drilled a successful shallow water oil well a few months ago. Eni discovered a “meaningful” volume of oil in March in the first well drilled by an international company since Mexico ended seven decades of state control over its oil sector in 2013.

Originally, there was not a ton of excitement over the shallow water prospects that Eni was working in. The area had already been picked over by state-owned oil company Pemex, although many areas were not extensively drilled. Eni secured the rights to the prospects in a prior auction, snatching up tracts where Pemex already had data on the oil reserves in place.

But the initial results of Eni’s discovery in March were much better than many had anticipated. That raised the stakes and the hype for the latest June 19 auction.

Most investors know NOTHING about the most expensive real estate in the world… Or how to profit from it. Our latest free report uncovers this incredible yet unknown opportunity.
The 10 blocks that were awarded could eventually lead to production of 170,000 barrels of oil equivalent per day, with initial flows potentially beginning in 2018 or 2019. Mexico’s energy minister Pedro Joaquin Coldwell said they could also attract combined investment of $8.2 billion. “It’s an indicator that the country is competitive, to capture this type of investment in a global competition,” energy minister Coldwell said. “In Mexico, we’ve developed a system of auctions that is robust and transparent.”

Mexico is now on a roll. After a slow start with some relatively disappointing earlier auctions beginning in 2015, interest has picked up more recently. The December 2016 deepwater auction was the most successful, with several oil majors purchasing the rights to deepwater blocks just across the maritime border from existing offshore fields in U.S. waters. Among them were ExxonMobil, Chevron, Total SA, Statoil and BP.

The success of the latest round is notable for two reasons. First, as mentioned, the offering was only for some shallow water blocks. Some of the world’s largest companies decided to make the time, effort and expense to buy up shallow water tracts even as they divest themselves of other assets around the world. This demonstrates strong interest in Mexico. Second, oil prices are now at a seven-month low. High interest in a shallow water auction with low oil prices can only be described as a success for Mexico. The fact that Shell decided to make first upstream venture in Mexico in this auction at today’s prices speaks volumes to the momentum that Mexico now has going for it.

That will make the December 2017 auction for more deepwater blocks even more interesting.

Mexico is hoping that the energy liberalization will lead to new drilling, more investment and ultimately more oil production. Mexico’s oil production peaked in 2004 at 3.85 million barrels per day (mb/d). Its old oil fields are in decline, and as a result, the country’s output has dropped significantly – down to 2.5 mb/d in 2016. The government hopes these auctions will reverse that decline.