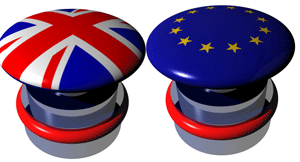 EU leaders are heading to a Brussels summit amid heightened security after a foiled terror attack at the Belgian capital’s main railway station.

A Moroccan man, found to have Islamist links, was shot dead by a soldier on Tuesday after detonating a bomb.

Security will be high on the summit agenda, not least because London and Paris were shaken by more jihadist terror attacks recently.

But the leaders will also be focused on Brexit.

UK Prime Minister Theresa May is expected to offer a quick agreement on residency for EU nationals and employment rights.

She will brief the other 27 nations on Thursday night. But the EU will leave detailed discussions to the Brexit delegations which finally began talks on Monday.

A senior EU diplomatic source said Mrs May would seek to reassure the others on that point.

There is nervousness not only because of the tight time-scale for reaching a Brexit deal, but also because the UK election left Mrs May seriously weakened, heading a minority government.

Many EU citizens in the UK, and Britons living abroad, are worried about their status once Brexit happens. The UK’s exit deadline is 30 March 2019. Some even fear deportation if their EU rights are not guaranteed.

The European Commission, handling the negotiations, insists that they must continue to enjoy freedom of movement under existing rules.

The Brussels source said some common ground had been identified on citizens’ rights.

The other thorny Brexit issues to be tackled early on are the UK’s divorce bill and the Northern Ireland border.

The UK is anxious to start negotiating a new trade deal soon, but the EU has already won the argument that its Brexit priorities must be addressed first.

National rivalry is always a feature of EU summits. But Brexit has given it added piquancy this time, because the EU must decide on relocating the London-based European Medicines Agency (EMA) and European Banking Authority (EBA).

A “beauty contest” is under way, as about 20 countries are vying to host one or other of the agencies, or both.

This summit should see an agreement on the relocation procedure, so that a vote can be taken in October.

Remarkably, Belgium is a candidate for hosting the EMA, despite already being the EU’s headquarters and reaping the rewards from that.

The agencies employ hundreds of people and there are many related jobs in their various committees.

On security, the leaders will assess progress made in countering attacks in Europe by so-called Islamic State (IS).

They have already agreed to: