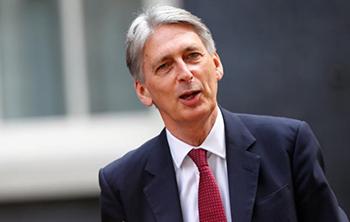 Large amounts of business investment is being postponed because of uncertainty over the future outcome of Brexit negotiations so Britain should seek clarity as early as possible over a transition arrangement, finance minister Philip Hammond said.

“There would be a sigh of relief from business if we were able to get an early agreement on a transition arrangement,” Hammond told Sky News on Thursday.

“There is a large amount of business investment that is being postponed until business can see more clearly what the likely outcome of these discussions is. The earlier we can give business that reassurance the more quickly we will get businesses investing again,” he said.

Hammond said the British people wanted a Brexit that protected their jobs and their standard of living. Hammond said he was not at odds with other ministers in government over his approach to Brexit.