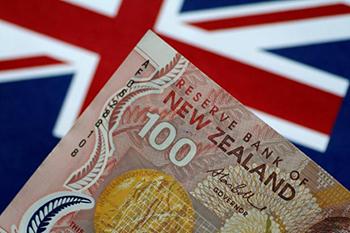 The New Zealand dollar was the main mover in an otherwise dormant market in major global currencies on Thursday, up half a percent after the country’s central bank made no clear effort to talk the currency down at a regular policy meeting.

With European stock markets set to fall for a third day, investors sought the traditional security of the yen, pushing it around 0.3 percent higher against both the euro and the dollar in the first hour of European trade.

Dealers said “short” bets against the kiwi had been squeezed after the central bank sounded several upbeat notes on the outlook for growth and impact of current exchange rates.

A number of banks had been calling for more gains for the kiwi around the meeting, arguing that a 3 percent gain since May still leaves it well undervalued compared to long term measures of fair value and others in the commodities currencies bloc more exposed to falling oil prices.

“While the RBNZ kept a neutral stance and continued to pledge to keep rates low for a long time, it did not complain strongly about the currency’s recent strength, which caused the New Zealand dollar to rise post the decision,” analysts from Credit Agricole said in a morning note.

It was also around 0.4 percent higher against both the Aussie and Canadian dollars – both currencies that tend to be closely dependent on the prices of oil and other major commodities.

After a dip in the past week, however, there was little sign of more pain for the group, despite a fall in Brent crude to less than $45 a barrel overnight. [O/R] The Aussie and the Canadian dollar were both roughly steady against their U.S. counterpart.

In an updated outlook for the year ahead published on Thursday, Barclays called for the kiwi to gain almost 5 percent against the Aussie over the next year.

“The NZD has performed well despite RBNZ trying to dampen expectations of an early rate rise,” the British bank said.

… dampening wage pressures. If the RBNZ were to raise rates faster than expected in 2018, the NZD could outperform.”

The central bank of another major oil producers, Norges Bank, makes its own regular statement on policy at 0800 GMT. Its crown currency was 0.1 percent stronger in early trade in Europe.

The dollar index, which measures the greenback against a basket of six major currencies, was roughly flat at 97.54, having retreated from a one-month high of 97.871 set on Tuesday.