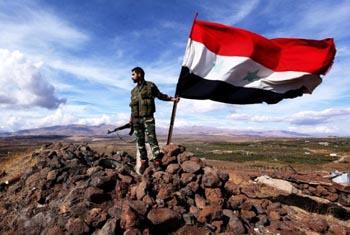 The recent move by the US to shoot down a Syrian warplane and a drone indicates that Washington will do its best to re-shape Syria according to its own interests, Turkish experts told Sputnik. They also described the incident as a chance for Ankara and Damascus to bolster bilateral ties.

Last Sunday, the US-led coalition said that it shot down a Syrian Su-22 fighter-bomber in Raqqa province after the warplane allegedly attacked positions held by the Syrian Democratic Forces (SDF).

Damascus, for its part, said that the Syrian aircraft was targeting the internationally-condemned terrorist group Daesh (ISIL/ISIS).

On Tuesday, the US-led coalition downed a Syrian drone near al-Tanf, explaining that it showed “hostile intent” while advancing toward coalition positions.

The incident, it claimed, took place in the same location where another pro-Syrian government drone had dropped munitions on June 8, targeting the SDF.

Having shot down the Syrian warplane, the US warned Turkey that any actions against the Kurdish People’s Protection Units (YPG) “will not remain unanswered,” Turkish journalist Mehmet Ali Guller told Sputnik Turkey.

“By downing a Syrian military jet which targeted SDF positions, mainly composed of YPG units, Washington once again showed its perseverance in the use of Kurdish units as a land force in Syria,” he said.

“This also can be seen as Washington’s message to Turkey, given that the main goal of the US is to deploy YPG forces to the south of the Euphrates. Their ultimate goal is to reach to Iraq via Deir ez-Zor,” Guller added.

He recalled in this regard that the main purpose of Turkey’s “Shield of the Euphrates” military operation was to prevent the deployment of Kurdish self-defense units to the west and south of the Euphrates.

“It is for this reason that Turkey needs to join the Russia-Syria-Iran bloc, which opposes the US-led operation involving the YPG.  If Turkey does so, it will succeed both in preserving the territorial integrity of Syria and destroying threats to its own national security. But despite Turkey’s persistent efforts to normalize its ties with Russia and Iran, there was no progress on the matter because of Ankara’s lack of cooperation with Damascus,” Guller said.

He underscored that Turkey should consider the incident with the downed Syrian warplane as a chance for rapprochement with Damascus and take appropriate steps to this end.

Oytun Orhan, of the Ankara-based Center for Middle Eastern Strategic Studies (ORSAM), for his part, told Sputnik Turkey that it is important for Ankara to maintain cooperation with Russia in Syria, which will help it oppose US policy that threatens Turkey’s territorial integrity.

“There were no drastic changes in Turkey’s Syrian policy, but Ankara changed its priorities,” Orhan said, referring to Turkey’s push for destroying the threat emanating from what Ankara sees as the terrorist organizations acting in Syria’s northern areas.

“Syrian President Bashar Assad’s government should not be concerned about such priorities because Ankara, Damascus and Tehran are united in their opposition to the US strategy of creating an area of influence in northern Syria,” Orhan added.

“Turkey previously insisted on conducting a joint operation with the United States in order to liberate Raqqa. However, America preferred to cooperate with the YPG on the matter,” he said, recalling that Ankara sees the YPG as a branch of the Kurdistan Workers’ Party, which it considers a terrorist group.

“This indicates that in the event of a possible clash in Syria’s east, Turkey will most likely make its choice in favor of close interaction with Russia rather than the United States. There’s little doubt, given that Washington continues to cooperate with the YPG, which is recognized by Turkey as a terrorist organization,” Orkhan concluded.