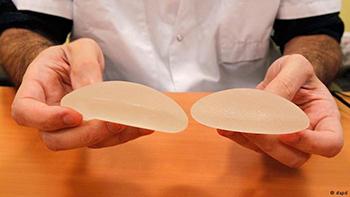 A lawsuit related to a faulty breast implant by a French manufacturer has been thrown out of a German court. A Cologne-based safety firm has been told it is not liable to pay damages to one of the victims.

Germany’s Federal Court of Justice on Thursday rejected a claim for compensation from a 67-year-old woman who was given faulty silicone breast implants from a French company that was certified as a safe provider by a German firm.

The plaintiff, a 67-year-old pensioner from Ludwigshafen, demanded 40,000 euros ($44,700) in compensation from TÜV Rheinland after the implants caused her health problems and had to be removed.

The latest developments in cosmetic surgery

She had received the implants – manufactured by French company Poly Implant Prothese (PIP) – in 2008, but had them removed four years later.

PIP, which is now insolvent, used industrial-grade silicone in its implants. Although its owner was sentenced to prison for fraud, his bankrupt company couldn’t pay damages. Instead, the plaintiff sued TÜV.

Globally, tens of thousands of women are thought to have had the leak-prone silicone breasts implanted

The German court found that TÜV, a safety certification company headquartered in Cologne, didn’t violate any of its obligations. Although the firm was commissioned to monitor quality controls at PIP, it was not requested to carry out any unannounced inspections or to examine the silicone implants.

TÜV’s lawyers argued in court that the company itself had been misled by PIP.

The scandal first emerged in 2010 when the implants started rupturing in large numbers. More than 5,000 women in Germany received them, while around 30,000 procedures were carried out in France.

Although the silicone used has not been found to be toxic or carcinogenic, leaks can lead to the formation of scar tissue, changing the shape of the breast, and can cause irritation and inflammation.