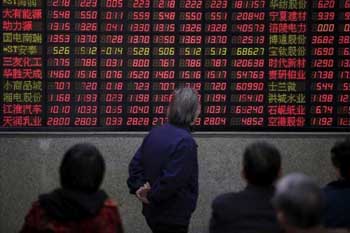 On 22 March 2017, Sinopec agreed a deal to buy out Chevron’s downstream businesses in South Africa and Botswana, in China’s first major investment into the downstream oil industry in Africa. Although China already has an extensive footprint in Africa, the majority of these operations have been confined to the upstream sector – in oil and gas exploration.

China has been steadily expanding its upstream operations outside China since the late 1990’s, through its three main state-controlled oil companies: CNPC, Sinopec and CNOOC, in an attempt to meet the country’s growing oil demand.

Over the past several decades, China’s oil demand has risen drastically, driven by continued economic growth, an expanding middle class and a growing demand for consumer goods. China is now the world’s second-largest oil consumer, but due to a steady drop in domestic production – thanks to high production costs, a deterioration in mature oilfields, and cheaper international oil prices – it has also become the world’s biggest importer of crude oil.

Therefore, although foreign investments by Chinese oil companies have largely remained within the upstream sector, the significant slowdown in domestic demand has meant that Chinese companies are turning to foreign markets to secure further customers for continued growth.

Notably, Africa appears to be one of China’s top destinations for investment.

The majority of imported oil in China is from the Middle East and Africa; and in April 2017, China imported some 1.48 million barrels of oil a day from West Africa alone.

Furthermore, energy demand in Africa is predicted to grow by over 75 percent between 2015 and 2035, much faster than the global average of 31 percent; while South Africa’s demand for refined oil is continuing to increase at a rate of about 5 percent every year, offering an obvious attraction as a healthy and growing energy market.

Under the Sinopec-Chevron deal, Sinopec bought 100 percent of Chevron Botswana and 75 percent of Chevron South Africa (the remaining 25 percent stake is held by local shareholders, in accordance with South African regulations) for US $900 million. These included included a Cape Town refinery, oil storage facilities, a lubricants factory in Durban and the Caltex service station distribution network across South Africa and Botswana. The Cape Town oil refinery has a capacity of 5 million tonnes per year, while Caltex owns and operates more than 820 petrol stations, 220 convenience stores and other oil storage and distribution facilities across the two countries.

Sinopec was the sole bidder after French oil company Total, and commodity traders Glencore and Gunvor pulled out of the auction due to the South African government’s desire to keep the Cape Town refinery running. Research firm BMI estimates the cost of upgrading the refinery at about US $1 billion, but said that Sinopec’s previous experience in upgrading refineries in China likely helped their bid.

Sinopec may use the purchase of these assets to expand into the downstream African market. Caltex is one of South Africa’s top four petroleum brands, and the purchase presents Sinopec with access to Caltex’s substantial forecourt footprint.

Furthermore, South Africa is Africa’s second largest economy and, in comparison to the majority of countries in Africa, has relatively strong institutional structures, sophisticated financial services, and better infrastructure availability.

Furthermore, South Africa and China have an established relationship. China has been South Africa’s largest trading partner since 2010, when the two countries announced a ‘comprehensive strategic partnership’, which aimed to deepen and strengthen co-operation and exchanges between the two countries in terms of political, economic and business support. More recently, in December 2015, the two countries signed 25 agreements worth a combined value of US $16.5 billion during the Forum on China-Africa Cooperation (FOCAC).

Furthermore, these purchases have given Sinopec – Asia’s biggest oil refiner and the world’s second largest – its first major refinery in Africa, and thrust it into the leagues of other international oil companies (IOCs), such as ExxonMobil, Royal Dutch Shell, Lukoil and Kuwait Petroleum, that operate downstream petrol stations outside their country of origin.

Sinopec has since confirmed that it is planning to increase its foreign investment to more than $30 billion – almost double the $16 billion spent by the company in 30 different countries between 2010 and 2015. Although the timeframe and specific locations have not yet been confirmed, some of this investment is likely to be in Africa.

Most investors know NOTHING about the most expensive real estate in the world… Or how to profit from it. Our latest free report uncovers this incredible yet unknown opportunity.
Despite boasting an estimated 7.6 percent of the world’s proven reserves, a lack of adequate infrastructure and investment has forced many African countries to rely on imported oil – therefore presenting the African downstream oil industry as an attractive opportunity for investment for China.

A Political Proxy, or Just Business?

Since 2009, China has become Africa’s biggest trading partner; bilateral trade between the two reached US $149.1 billion in 2016, with investments by Chinese companies reaching US $3.2 billion.

Traditionally, Chinese investment in Africa has focused on the natural resources sectors, but in recent years it has also expanded to include construction, manufacturing, agriculture, transportation and communications.

At first glance, the relationship appears to benefit both parties. Africa not only has an abundance of much needed natural resources, but also presents a largely untapped consumer market for Chinese consumer goods, produced by China’s growing manufacturing sector. In return, Chinese investments have created employment opportunities, increased infrastructure development, and provided a wealth of technical and professional knowledge.

However, with the majority of Chinese multinational companies being state-owned enterprises (SOEs), fears have been raised that the Chinese government is merely using them as a means to both secure much-needed natural resources at low-prices, and also extend China’s global political influence.

Investing in Africa has allowed China to strengthen its diplomatic relations with several African governments – subsequently increasing its influential power on the global stage and in global forums such as the United Nations.

In 2015, AidData – a U.S. research lab – published research that appeared to suggest that African countries that align with China’s voting at the United Nations General Assembly received more development assistance. Furthermore, Chinese national Margaret Chan was allegedly elected to the post of Director General of the World Health Organisation (WHO) through attaining the majority of votes from African delegations.

Notably, South Africa is Africa’s only member of the influential G20 international forum, and in September 2016, South African President Jacob Zuma announced his willingness to strengthen cooperation with China in the UN, G20, BRICS, Forum on China-Africa Cooperation (FOCAC), and other multilateral frameworks.

This increasing interest in Africa is likely to be part of China’s One Belt One Road initiative, which aims to increase connectivity and trade flows between China, Central Asia, Europe and Africa by constructing roads, railways, ports, pipelines and other infrastructure projects.

Conversely, it can be argued that theories that Chinese investments in Africa are all part of a grand political scheme are actually hiding the more obvious motive: that Chinese companies are simply business-driven and actually just looking for new growth markets.

As with any significant investments, China’s investing in African countries has benefits and disadvantages for both parties. But as relations between China and Africa continue to develop, China’s expanding economic influence may result in an increasing dependence that will dominate the economies and politics of several African countries in the long-term.

Or conversely, China’s increasing interest in the continent may cause other countries and businesses to reassess the value of their relationships in Africa.