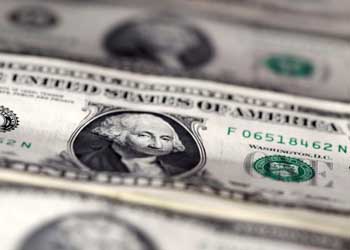 The dollar was little changed on Friday as traders marked time ahead of next week’s U.S. inflation-linked indicators, while commodity currencies such as the Canadian dollar held to gains after crude oil prices bounced.

The dollar index against a basket of major currencies was effectively flat at 97.492 .DXY.

The index peaked at a one-month high of 97.871 on Tuesday after the Federal Reserve hiked interest rates last week and left the door open for further monetary tightening later in the year. But it has been stuck in a tight range since, awaiting fresh catalysts.

“While the market was able to draw incentives from the Fed last week, there really were not a lot of factors for the dollar to move on this week in the absence of major indicator releases and political events,” said Shin Kadota, a senior strategist at Barclays in Tokyo.

“But inflation is likely to be the theme that moves currencies next week which will see the release of various U.S. indicators. They will be key as this week’s slump in crude oil has clouded the U.S. inflation outlook.”

“While most U.S. indicators bear watching, what really matters for the dollar are wages and inflation-related data, culminating with the non-farm payrolls in two week’s time,” said Makoto Noji, a senior strategist at SMBC Nikko Securities.

The dollar was flat at 111.320 yen JPY=. It had scaled a near one-month peak of 111.790 on Tuesday before edging down in tandem with U.S. yields, which were nudged lower by falling oil prices. The greenback was still on track for a gain of 0.4 percent this week.

The Canadian dollar was flat at C$1.3223 CAD=D4 per dollar after rallying 0.75 percent on Thursday.

The loonie also received a helping hand from solid domestic retail sales which boosted expectations for an interest rate hike in July from the Bank of Canada.

The Norwegian crown was little changed at 8.4887 crowns per dollar NOK= after rising about 0.5 percent overnight. The crown was also supported as Norway’s central bank lifted its rate forecasts for 2017 and 2018 and said a rate cut was no longer likely.

The pound was 0.1 percent higher at $1.2700 GBP=D3, its strongest in three days, as it rode momentum gained late on Thursday after Bank of England policymaker Kristin Forbes said “lift-off” of British interest rates should not be delayed any longer.

Conflicting signals from top BoE officials this week, including those by Governor Mark Carney who said it was not the right time to hike rates, have sent sterling on a roller coaster ride.