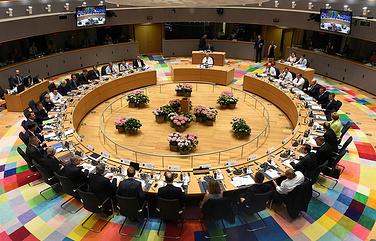 BRUSSELS, June 22. /TASS/. The 28 member states of the European Union have agreed to extend sanctions against Russia for another six months, European Council President Donald Tusk said on Thursday.

“Agreed. EU will extend economic sanctions against Russia for their lack of implementing the Minsk Agreement,” Tusk tweeted.

A diplomatic source earlier told TASS on the sidelines of the European Union summit that sanctions would be prolonged for six months. “After the political decision is made, Tusk will launch an official procedure. The European Council will approve the decision at the ambassadorial level after which it will be published in the Official Journal of the European Union and come into force,” the source said.

He stressed that some EU members had spoken out against the automatic extension of sanctions on Russia. “There are some countries who believe that an automatic procedure is inappropriate. They think that the leaders of France and Germany should give clear recommendations, as they are members of the Normandy Quartet,” he pointed out.

The EU’s economic sanctions on Russia will expire on July 31.

In 2014, the European Union and the United States imposed sanctions on Moscow over the situation in Ukraine and Crimea’s reunification with Russia. Some of the Russian officials were barred from entering EU counties and the US, their assets were frozen. Besides that, trade, financial and military restrictions were also introduced. Sanctions have been repeatedly extended and expanded.