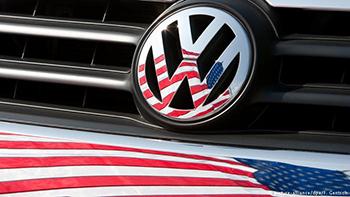 US authorities have issued international arrest warrants for five former VW managers and developers for their role in the Dieselgate scandal. Germany has reportedly refused to hand them over to the US.

The former VW executives stand accused of conspiring to commit fraud and violating US environmental regulations, according to the report. It added that at least two of them were confidants of former VW CEO Martin Winterkorn.

VW has struggled to put an end to the fallout caused by revelations in 2015 that several of its diesel models included software that deliberately cheated emissions tests. The ensuing scandal led to Winterkorn’s resignation.

According to Süddeutsche Zeitung, Germany is not expected to hand over the five suspects to American authorities. However, the international arrest warrant makes it nearly impossible for them to leave the country since most countries abide by Interpol warrants.

If confirmed, the warrants would mark the latest move by the US to bring to justice VW employees suspected of criminal intent in skirting environmental regulations.

In January, US federal agents arrested the man in charge of VW’s environmental and engineering office in Michigan, where he served as the company’s top US compliance manager for years.

According to prosecutors, the man had conspired to sell around 600,000 vehicles that failed to comply with American emissions standards. He faces up to 25 years in prison for fraud and conspiracy-related charges.

Süddeutsche Zeitung reported that part of Germany’s decision to not hand over the suspects is that they would face extremely high jail sentences if found guilty, when compared to German sentencing standards.