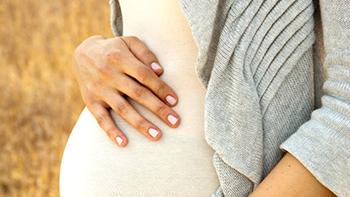 For most parents-to-be, the parents usually spend most of their time choosing a birth plan and getting the nursery ready for baby. They might celebrate with friends and family and anticipate getting to meet their little one. Parents of spina bifida babies, though, have more weighty choices to make about their child’s health, and it involves the child’s future and quality of life. Thankfully, recent research is giving these parents a positive choice along with some much-needed hope.

In the worst case of spina bifida, called myelomeningocele, the skin and backbone do not properly close over the baby’s spinal cord. This open cord and its surrounding membranes protrude through the lower back, causing great danger for the baby’s health.

Since the spinal cord sends important nerve impulses to the brain, many neurological functions can become impaired. The babies may experience problems with muscle weakness in the legs, delayed speech, and bladder control problems.

Since spina bifida happens in early gestation, a big threat is the exposure of the spinal cord to amniotic fluid. Spinal fluid can leak out, dangerously ushering in amniotic fluid.

This danger can cause crippling and often permanent brain and nerve damage. In addition, babies with this form of spina bifida often need a shunt to drain off excess fluid in the brain, called hydrocephalus. About 10 percent of babies with spina bifida don’t make it after they’re born, and another 1 in 4 do not reach adulthood.

Until recently, these precious babies would usually undergo surgery after they were born. Parents often would not know all the complications and disabilities their babies had until later in their development.

Now, parents have another option: surgery in the womb. So far, only a handful of hospitals can offer this life-changing option, but it has proven highly successful. If parents choose the surgery, it usually takes place in the second trimester.

The doctors open the mother’s abdomen and uterus, avoiding harm to the placenta or the baby. Then, the doctors carefully position the baby to reveal the spina bifida and perform the surgery. This early intervention keeps spinal fluid leakage to a minimum and allows time for healing for both baby and mother before labor.

In the early stages of this surgery, only three hospitals offered it to mothers. The researchers decided to stop the study early, however, because it showed such astounding results. During the study, over 80 percent of babies who underwent surgery after birth needed a shunt one year later. About 20 percent of these could walk without crutches after two years.

By comparison, only 40 percent of the in-utero surgery group had to get a shunt. Also, over 40 percent could walk without crutches after two years, and another unexpected result happened as well.

Many spina bifida babies develop a brain condition called hindbrain herniation. Basically, part of the brain and brain stem can settle into the spinal column, potentially causing the excess water in the brain.

In the early study, all of the babies had hindbrain herniation. For those who underwent surgery in the womb, however, one third of babies did not have the condition a year later. The surgery had actually caused a reversal of this harmful complication.

All surgeries come with some risk, and this one is no exception. A huge percentage of mothers go into pre-term labor after the prenatal surgery. The mothers have an increased risk of their uterus rupturing during labor, forcing them to deliver by C-section.

In addition, all successive pregnancies will have to be delivered by C-section before labor starts. Mothers who undergo the surgery often need pain medication and strict bedrest to heal.

However, many mothers deem the surgery worth all these risks to help their babies. One mother, Suaado Salah, underwent the surgery recently in Minneapolis. After its success, Salah could feel the baby kicking around excitedly and, amidst all the controversy, felt that she had made the right choice.

With this new surgery as an option, parents of spina bifida babies can find renewed hope. The research overwhelmingly shows how the surgery has improved the lives of the babies on which it’s performed. In the end, the surgery will often reduce complications like hydrocephaly and hindbrain herniation and help these little ones lead normal lives.