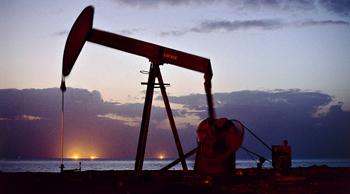 The notion that demand for crude oil will soon peak has largely replaced the idea from a decade ago that crude oil production was about to peak for geological reasons. This new idea is that we will no longer need oil (or at least a lot less of it) because consumers will choose alternatives to oil.

But actual oil consumption numbers suggest that peak demand for oil won’t happen soon, and when it does happen it will do so at a demand millions of barrels per day (BPD) higher than current demand.

Proponents of peak demand expect that exponential growth in electric vehicles (EVs), and to a lesser extent an increase in biofuel production will send oil demand into permanent decline. In fact, nearly a year and a half ago Bloomberg suggested that at a continued annual growth rate of 60%, electric vehicles could displace two million BPD of oil by 2023. At a 30% growth rate, two million BPD would be displaced by 2025.

”Oil consumption in 2016 represents a new all-time high in global oil demand” and occurred despite the fact that global EV sales grew at a 41% rate in 2016 to reach nearly 800,000 vehicles (Source: InsideEVs). The growth over the past decade also took place during a time that global biofuel production increased by over a million BPD. (I can recall many who suggested ten years ago that growth in biofuels would lead to peak oil demand).

A second gold rush is taking place on a small island few people know about. There a small $10 million miner… is sitting on $560 million in gold. Our investor report looks at this opportunity in detail.
Underlying oil demand is growing for several reasons. The population is growing, the middle class is growing, automobile sales in developing countries are growing at a blistering pace, and the number of miles driven is reaching all-time highs.

The implications are clear with respect to the peak demand argument. While many proponents are pushing the notion that peak demand is imminent, growth in EVs thus far hasn’t even been able to slow down oil demand growth.

What peak demand will actually look like — assuming EV sales continue at exponential growth rates — is for oil demand growth to first slow down. What we may see is that in contrast to Bloomberg’s scenario of 2023 demand being two million BPD less than current demand, it might only be five million BPD higher than today’s demand (instead of seven, which assumes the growth rate of oil remains consistent). In fact, oil demand today is close to two million BPD higher than it was when Bloomberg made its forecast in February 2016.

The bottom line is that even in a best case scenario for EV growth rates, demand for oil rose by 1.6 million BPD last year, and it’s projected to increase by 1.4 million BPD this year. It will take a few years of rapid EV growth to halt the growth rate for oil, and what that means — and what many peak demand proponents don’t get — is that peak demand for oil is going to be millions of BPD higher than current demand, and it’s almost certainly going to take place beyond 2023.