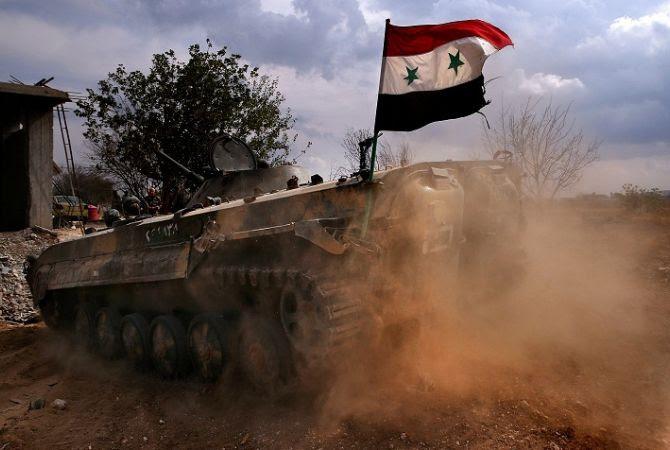 The Pentagon is seeing new activity “associated with chemical weapons” at a Syrian aircraft hangar where a previous chemical attack on civilians is believed to have originated, multiple defense officials said Tuesday, hours after the White House issued its new warning to President Bashar Assad.

The hangar, at the Shayrat Air Base outside the city of Homs, is the same Assad regime base the U.S. military struck with 59 Tomahawk cruise missiles in early April.

It’s not immediately clear what specific actions at the base prompted the White House statement, but Davis said the new activity began in the last few days and became more “compelling” in the last 24 hours.

American officials at the U.S.-led coalition headquarters in Baghdad told Fox News they stood firmly behind the White House message, which warned the Syrian government against deploying chemical weapons again.

Should President Trump decide to go beyond merely warning Assad, there is plenty of U.S. firepower in the region to serve as further deterrent or eventual retribution.

The USS George H.W. Bush aircraft carrier strike group is operating in the Mediterranean Sea striking ISIS positions in Syria. Along with the carrier’s dozens of strike aircraft, there are numerous guided-missile destroyers capable of launching Tomahawk cruise missiles in a strike that would be similar to the one launched on Syria from warships in early April.

Since late May, there have been five U.S. attacks on pro-Assad forces in Syria, including Iranian-backed forces such as Hezbollah that had moved near a U.S. coalition training base in southern Syria.

Justifying the April attack on the Syrian base, senior U.S. military officials said at the time there was evidence the regime launched the deadly chemical weapons attack in northern Syria from Shayrat. At least 80 people, including women and children, were killed in the town of Khan Sheikhoun by a weapon deployed from a lone Syrian jet, according to officials.

Lucas Tomlinson is the Pentagon and State Department producer for Fox News Channel. You can follow him on Twitter: @LucasFoxNews