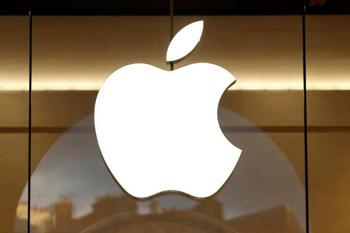 By Alex Webb and David Welch

Apple Inc. is leasing a small fleet of cars from Hertz Global Holdings Inc. to test self-driving technology, an agreement that echoes a larger deal between competitors Alphabet Inc. and Avis Budget Group Inc. Hertz shares soared the most in almost two years.

The iPhone maker is leasing Lexus RX450h sport-utility vehicles from Hertz’s Donlen fleet-management unit, according to documents released recently by the California Department of Motor Vehicles. When Apple received its license to test three autonomous vehicles from the state’s DMV in April, the documents listed Donlen as the lessor and Apple as the lessee.

An Apple spokesman declined to comment, while a representative for Hertz didn’t immediately respond to a request for comment on Monday. A half-dozen vehicles have been testing Apple’s autonomous technology on public roads in and around the San Francisco Bay area for at least a year, a person familiar with Apple’s project told Bloomberg earlier this year.

Hertz stock had dropped by more than 75 percent over the past 12 months amid falling revenue and profit, and investor concern about the role rental companies will play in an automotive industry where self-driving cars and ride-hailing play a greater role. The shares pared some of those losses after Alphabet’s Waymo unit tapped Avis to manage its fleet of autonomous vehicles in Phoenix. Hertz surged on news of the agreement with Apple, bringing its intraday gain to as much as 18 percent, the biggest rise since July 2015.

Apple’s car project has endured its own problems over the past year. After spiraling costs and headcount, veteran executive Bob Mansfield was appointed to head the team, which is known as Project Titan internally. He reined in the project’s ambitions, cutting some staff and concentrating on developing an autonomous driving system, rather than building a whole car.

Chief Executive Officer Tim Cook acknowledged that such a system was the focus of Apple’s automotive efforts in an interview with Bloomberg Television earlier this month.