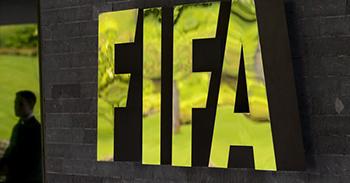 FIFA has been forced into releasing the Garcia report after parts of it were leaked. German newspaper “Bild” acquired the report of former FIFA investigator Michael Garcia, who was investigating possible corruption.

In a statement released late on Tuesday, world football’s governing body said it had planned to consider releasing the full report, which investigated the bid process involved in awarding the 2018 and 2022 World Cups to Russia and Qatar respectively, when the Ethics Committee met in full next week.

“However, as the document has been illegally leaked to a German newspaper, the new chairpersons (of the committee) have requested the immediate publication of the full report…in order to avoid the dissemination of any misleading information,” the statement said.

German mass-circulation daily “Bild” had reported earlier on Tuesday that it had gained access to the the 430-page report and released extracts, including a revelation that in June 2011 a 10-year-old daughter of a FIFA member had received 2 million pounds (2.3 million euros, $3.8 million in 2011 exchange rates).

Michael Garcia’s investigation also revealed that one former FIFA Executive Committee member thanked Qatar by mail for a transfer of several hundred thousand euros just after Qatar was awarded the 2022 tournament. The report also said that three FIFA executives of FIFA were flown to Rio de Janeiro for a private party ahead of the vote to decide who would host the 2022 World Cup.

FIFA said its current president, Gianni Infantino, had already pushed to publish the Garcia report prior to the latest disclosures.

Garcia resigned as head of FIFA’s investigatory body in December 2014 in protest after FIFA released a 40-page summary of his report, which he disowned, describing it as “incomplete and erroneous.”

Qatar’s 2022 World Cup organizers have welcomed the release of the Garcia Report, saying the conclusions represented “a vindication of the integrity” of the country’s bid.

Russia and Qatar won the right to host the 2018 and 2022 World Cup respectively in late 2010. The Garcia report made no suggestion that either country should lose their right to stage the tournament.

“Although we question the timing of the leak, we welcome the publication of the Garcia report,” Qatar’s Supreme Committee for Delivery and Legacy said in a statement.

“We believe that the extent of our cooperation with this investigation and the conclusions drawn represent a vindication of the integrity of our bid.”

Following Garcia’s investigation, the adjudicatory chamber of FIFA’s Ethics Committee noted that there had been suspicious behavior during the bidding process, but not enough to call into question the decision to give Qatar the 2022 finals or Russia the 2018 tournament.