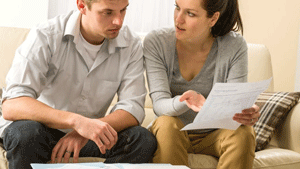 Marriage counselling can help. Around one in five couples will seek out couples counselling, and 70 per cent of them will find it helpful. But what happens to the 30 per cent who don’t?

Couples counselling is entirely unregulated. Anyone can hang up a shingle outside their house and offer their services to couples in distress. You don’t have to have any specific training, you don’t even have to be a registered psychologist. You just have to be able to convince vulnerable people that you can help them. What could possibly go wrong?

If you are in a violent or controlling relationship, quite a lot can go wrong.

One practitioner, who was giving a professional development workshop to couples’ counsellors, used the following case study (names changed) to demonstrate her preferred technique:

John and Jennifer are a couple in their seventies. Jennifer has disability issues and John is her carer. John is described as having “bondage and discipline urges that he has acted out on Jennifer for 50 years”. He ties her up, gags her, and “talks to her in a menacing way”. Jennifer hates it, she is scared of him and wants it to stop. He complains that she talks too much, she says he doesn’t talk enough and she is worried about his health. In this case study, John was slowly supported to reduce his need to “act out” his sexual urges on Jennifer, and Jennifer was encouraged to give him space and stop talking so much when he was feeling under pressure. Jennifer is embarrassed and says she will try to change. John eventually reduces the amount of “bondage and discipline” activities and is encouraged to take more time for himself to reduce the burden of caring for Jennifer.

This was presented as a success story.

Bondage and discipline, when it’s practised correctly, is a consensual activity in which both parties agreeing to the activities and to stop immediately if their partner requests it. Jennifer, who is described as tearful and “hates it” is clearly not consenting.

While the story itself is horrific enough, that it was used as a training device for couples’ counsellors, and presented as a demonstration of how counselling can assist people in trouble, is truly disturbing.

One of the underlying assumptions in couples counselling is that both people in the relationship are responsible for the problems in the relationship. While this can be a useful approach to couples who have lost the ability to communicate or are caught up in a cycle of unspoken hurts and seething resentment, it can be highly dangerous approach to domestic violence relationships where power and control are the fundamental issues.

Zoe Krupka, who has been a practising psychotherapist for 15 years, said it can put people experiencing family violence at serious risk of escalating violence and entrenching control by abusers over their victims.

“The main thing that can happen is the therapist gives tacit or explicit approval for the violence to continue, it can even further escalate the violence. It’s a disaster.”

Krupka’s concern is that relationship counsellors without specific training in family violence may not recognise the signs of control and abuse, and don’t know how to conduct screening to enable early identification of family violence.

She said the first step in any couples counselling should be to speak to each person separately and ask if they feel safe, investigate signs of financial control in the relationship, ask if they are reluctant to participate in counselling and, if so, discuss the reason.

“Couples therapists can be fooled like anyone else,” she said, “but one of the main hallmarks of family violence is a couple coming in with one party thinking they are they cause of most of the problems, this should be a red flag”.

Ms Krupka said that while this was an extreme example, the lack of family violence training among private therapists could be dangerous for anyone in a controlling relationship.

“It leaves perpetrators free to continue to use violence because ‘it’s something we’re working on together’, and leaves victims with the feeling that they have nowhere else to go and that the abuse is partly their fault, which means if it escalates they are unlikely to want to seek further help.”

Dr Karen Weiss, a psychologist and couple specialist with more than 20 years’ experience, said most of the government funded agencies and community based services in Australia do require specialist family violence training for all their counsellors. She said the problem is much more concentrated in the private sector, and it isn’t only relevant to couples’ therapy.

“In most psychotherapist training, family violence is given very little airtime, but it comes up in individual therapy all the time. It can present as depression or anxiety or any number of other conditions, but a lack of training across the board means it is often misdiagnosed.”

“It defies logic that anyone could endorse compromise as a solution to family violence,” she said. “We would always say that any person dealing with relationship counselling should have specific training in recognising signs of power and control issues in a relationship.

“As soon as it is identified, the couples therapy should cease and one or both parties should be referred on to the appropriate services. This should be a minimum standard in any form of therapy, not just couples counselling.”

Ms Krupka said counselling couples where there was no awareness of the control and abuse inherent in family violence can be catastrophic for some victims.

“If you see your therapist and they think what’s happening is OK or your fault, where are you going to go after that?”

She recommended that anyone in couples’ therapy who has doubts about the effectiveness of the therapy or therapist should ring 1800 RESPECT or the Domestic Violence Resource Centre to ask for advice.

“The staff at these services are trained to recognise and understand family violence, they can help to identify therapy that is making it worse and reassure the victim that this is not OK. It might be difficult for victims to reach out, but it’s crucial that they understand violence enacted against them is never their fault.”