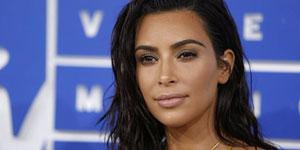 Kim Kardashian instantly became a household name in 2006 when a sex tape she made with then-boyfriend Ray J wound up on the internet — and 11 years later, momager Kris Jenner is still insisting the video’s release was “devastating.”

The 61-year-old sat down with The Hollywood Reporter where she described the incident as “one of the most horrific things that we, as a family, went through.” However, she also finds it “offensive” when people still say the video’s release was an effort to quickly attract publicity.

“Of course it’s nonsense,” she said. “You know, haters are gonna hate. People are gonna come up with the most ridiculous things.”

According to Jenner, the family was just too busy working on several projects. For starters, Jenner was managing then-husband Bruce Jenner’s career, as well as operating children’s clothing store Smooch with daughter Kourtney. In addition, Kourtney, Kim, and Khloe were running the clothing store Dash next door. Kim was also working as a stylist/closet organizer whose clients included hotel heiress Paris Hilton.

Jenner added she’s used to bullies, especially after the success of the family’s hit reality TV series, “Keeping Up With the Kardashians,” which is currently in its 13th season and recently aired it’s 195th episode.

“I’m a lot softer than you would imagine,” she explained. “It stings sometimes when somebody says, ‘You’re so fat,’ or ‘You’re too old to be on social media,’ or ‘You look awful in that outfit’ — like, such silly, stupid things. You’re going, ‘Really?’ I’ll call up Kim and go, ‘Do I look that bad in that picture? Do I look fat?’

“But I think the most hurtful thing is when people will say, ‘Oh, you’re just managing your kids — you’re getting money from your children or your family or whatever.’ I’m thinking, ‘Well, hell yeah!’ I mean, I’m trying to create a business here, and nobody has their best interest like I do. We all love working together and we love our situation. Why don’t you go worry about your own situation and go get a job yourself?”

While dealing with critics is something the family continues to tackle, Jenner is still trying to make sense of it all as they chronicle their lives in front of cameras — willingly.

“There’s definitely a lot of bullies out there… the internet is a crazy place,” she said. “There’s a lot of really miserable, unhappy, terrified, angry, bitter, nasty people out there that don’t have jobs or are hopeless or depressed and sad, and they can be a big, fat, important bully by going online and typing a really ugly statement to someone else that they’ve never even met before, that has feelings and a heart. And I thought, ‘Wow, what happened to just you know, ‘give peace a chance’? What happened to the ’60s?!’ I’m from a different generation — I’m, like, vintage.”