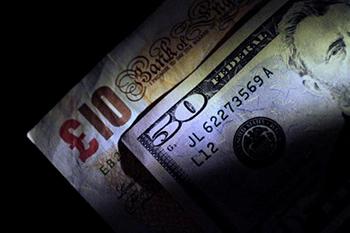 The dollar shuddered to its lows for the year on Thursday as a drumbeat of hawkish comments from major central banks signalled the era of easy money might be coming to an end for more than just the United States.

Support for the dollar eroded as investors realised the U.S. Federal Reserve might not be the only game in town when it came to higher interest rates.

In Britain, Bank of England Governor Mark Carney surprised many by conceding a hike was likely to be needed as the economy came closer to running at full capacity.

The Bank of Canada went further, with two top policymakers suggesting they might tighten as early as July.

That followed comments earlier in the week from European Central Bank President Mario Draghi that stimulus might need to be toned down so it does not become more accommodative as the economy recovers.

ECB sources tried to hose down the talk but could not stop the euro hitting a one-year high against the U.S. dollar.

“If we want to know what the ECB is planning, we will choose a carefully scripted Draghi speech over anonymous sources every time,” said Westpac currency strategist Sean Sallow.

“Backed by the Eurozone’s strong current account surplus and the contrast with a Fed which could pause on rate hikes for a while, the euro looks to be on target for $1.1500-1.1600.”

On Thursday, the single currency had already pressed on to $1.1409 having climbed three percent in as many days.

The euro also surged to a 16-month top on the yen as investors doubt the Bank of Japan will be in any position to begin winding back its stimulus for a long time to come.

The Canadian dollar vaulted to C$1.3027, having enjoyed its biggest daily gain in three months, while sterling rebounded to $1.2964.

Against a basket of major currencies, the dollar sank to its lowest since October at 95.801 as volatility returned with a vengeance.

Traders at Citi called the currency reaction “extraordinary” with turnover as much as twice the daily average on Wednesday.

“Central banks will be very cautious in their approach,” said Martin Whetton, a senior rates strategist at ANZ.

“But once they start tightening in concert, and their bloated balance sheets start unwinding, it is fair to say that bonds, equities, house prices and other asset markets will face stiffer headwinds than they have for a long time.”

The squall had already driven German short-term yields to their highest in a year, while yields on U.S. 10-year Treasuries were up 11 basis points so far this week at 2.23 percent.

Yet the prospect of higher interest rates also bolstered banking stocks and helped the S&P 500 score its biggest one-day percentage gain in about two months on Wednesday.

Financials gained further after hours as the Fed approved plans from the 34 largest U.S. banks to use extra capital for stock buy backs and dividends.

Asia followed on Thursday with Japan’s Nikkei adding 0.5 percent and Australia 0.8 percent. MSCI’s broadest index of Asia-Pacific shares outside Japan rose 0.8 percent to its highest since May 2015.

Oil recouped a little of its recent steep losses after a weekly decrease in U.S. production offset a surprise build in crude inventories in the world’s top oil consumer. [O/R]