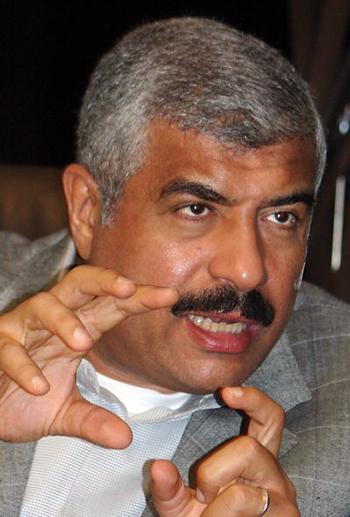 Egyptian billionaire Hisham Talaat Moustafa is back in charge of the country’s biggest publicly traded property developer, days after he received a presidential pardon for his role in the murder-for-hire of a Lebanese pop star.

Moustafa was named chief executive officer, a position he held before his 2008 arrest, after the company’s lawyers determined that the June 23 presidential pardon removed any legal barriers to his appointment, the company said in an Egypitan stock exchange statement. The stock surged 10 percent in Cairo trading, the most in seven months, and was up 6.9 percent at 7.94 Egyptian pounds as of 12:37 p.m.

Moustafa, who pleaded not guilty, initially received the death sentence for ordering the stabbing death of singer Suzanne Tamim in Dubai. That was cut to 15 years in jail on appeal and Moustafa was released from jail last week among 502 prisoners pardoned by President Abdel Fattah El-Sisi. Moshen al-Sukkari, convicted of carrying out the murder, received a 25-year sentence and remains in prison. He also pleaded not guilty.

“His vast experience in the group’s activities will support and develop the board’s strategic and executive capacities in the coming period,” Talaat Moustafa said the statement.