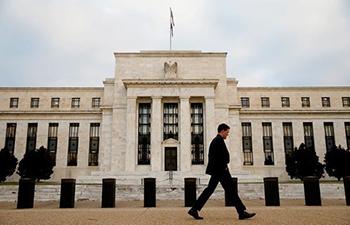 The Federal Reserve has approved plans from the 34 largest U.S. banks to use extra capital for stock buybacks, dividends and other purposes beyond being a cushion against catastrophe.

On Wednesday, the Fed said those lenders, including household names like JPMorgan Chase & Co and Bank of America Corp, had passed the second, tougher part of its annual stress test. The results showed that many have not only built up adequate capital buffers, but improved risk management procedures as well.

One bank, Capital One Financial Corp, must resubmit its scheme by year-end, though the Fed is still allowing it to go forward with its capital plan in the meantime.

Fed Governor Jerome Powell, who is acting as regulatory lead for the U.S. central bank, said the process “has motivated all of the largest banks to achieve healthy capital levels and most to substantially improve their capital planning processes.”

Altogether, banks that went through the tests will be able to pay out 100 percent of their projected net income over the next four quarters, compared with 65 percent after last year’s results, a senior Fed official said. It would be the first time since the 2008 financial crisis that banks return at least as much money to shareholders as they produce in annual profit.

The verdict marks a significant victory for the banking industry, which has worked for years to regain its stature. The green light could also serve as a watershed moment for Wall Street, which is eager to get a lighter regulatory touch from policymakers in Washington.

After the Fed’s announcement, banks began to release details on how they plan to use their extra capital. Apart from Capital One, bank stocks rose in after-hours trading.

Citigroup Inc won a particularly notable victory, gaining permission to return nearly $19 billion to shareholders, or about 125 percent of projected earnings over the next four quarters – a big bump from last year, and more than analysts had expected.

Capital One must resubmit plans because it did not appropriately account for risks in “one of its most material businesses,” the Fed said. Concerns centered around internal controls and whether senior management and the bank’s board of directors would be informed about problems in a timely and appropriate way, the Fed official said.

The Fed did not identify which business was ill-prepared. Capital One’s most significant business is credit card lending. It has also built up a presence in auto lending. Both areas have been flagged by bankers and analysts as showing signs of weakness lately.

Capital One has until year-end to deliver an improved submission. In the interim, the bank can go ahead with its plan to repurchase up to $1.85 billion worth of stock, but the Fed can still object if the problems are not fixed.

Capital One had already reduced its capital request after the first set of stress-test results was released last week.

American Express Co had also resubmitted a plan with reduced requests, which was approved.

In a twist, Bank of America’s planned dividend hike could lead Warren Buffett’s Berkshire Hathaway Inc to convert a large preferred stake into common stock, which would turn it into the bank’s largest shareholder.

This year was the first time all banks undergoing stress tests passed, although it was also the first time most were excluded from the “qualitative” component that Capital One failed. Only 13 of the 34 lenders were subject to that part, which bankers have criticized as being too opaque and subjective.

In response to those complaints, the Fed has now started to give banks more specific details on why they fail or where they need to improve, even if they sail through the tests.

To offer clarity to the public, the Fed also cited examples of where unnamed banks had stumbled in the past.

For instance, one lender failed the qualitative component in a prior year because senior management had told the board of directors and the Fed that a problem related to capital planning had been solved when it had not. Another management team had relied too heavily on experiences during the financial crisis, even though the bank’s business and risk profile had changed dramatically since then.

Although all the banks passed, some came close to missing a key financial hurdle known as the supplementary leverage ratio in the toughest part of the exam. That metric fell to as low as 3.1 percent at Goldman Sachs, just above the required minimum of 3 percent. JPMorgan, Morgan Stanley and State Street Corp also reported ratios below 4 percent.

The ratio’s requirements are not fully phased in, but the minimum is slated to move even higher over time. Wall Street has slammed the capital rule as overly burdensome, and it is being watched closely for change as part of the broader deregulation push in Washington.