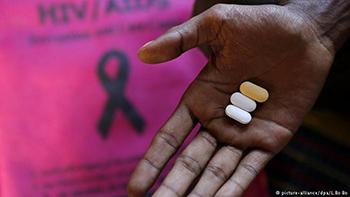 Kenya’s government and the global health initiative UNITAID announced Wednesday that the East African nation will make the generic version of Dolutegravir available for routine use.

About 27,000 Kenyans living with HIV will receive a new generic treatment, Dolutegravir (DTG). The plan is to make the drug available nationwide later this year.

DTG is the new class of antiretroviral treatment for people with HIV. It has been accessible in high-income countries for infected persons, who have not been treated with antiretroviral therapy before, or have developed resistance to ARV’s.

About 15 percent of HIV patients are resistant to the old drug, efavirenz. “I had constant nightmares and no appetite,” said Nairobi resident Doughtiest Ogutu, who started taking the drug this year because of her resistance to other treatments. “My appetite has come back. My body is working well with it.” Ogutu, who has been living with HIV for 15 years, said her viral load – the amount of HIV in her blood – has fallen tenfold from 450,000 to 40,000 since she started on DTG.

Kenya has 1.5 million HIV-positive persons. The east African nation has made great strides in addressing HIV in its public medical facilities according to Sylivia Ojoo, Kenya country director for the University of Maryland School of Medicine. Ojoo is monitoring the introduction of DTG in Kenya. “The health systems we have in place allow for rapid deployment,” said Ojoo. “It makes it relatively easy to introduce new interventions.”

The original version of the drug is accessible in private sector clinics in Kenya but at the very high price. A pack of 30 pills can cost up to $50 (45 euros). UNITAID’s operations director Robert Matiru said they’re working to bring medicines to market quickly and to reduce manufacturing costs by allowing generic companies to access patents for a small royalty and produce them cheaply for the developing world. “Patients who can afford it or who have an insurance scheme that covers it can access it at private clinics, but our initiative is to roll-out where the majority of patients exist, and that’s in public sector,” Matiru told DW. Patients can now access the drugs free of charge in public clinics.

The Executive Director of the National Empowerment Network of people living with HIV/AIDS in Kenya, Nelson Otwoma said that DTG came at an opportune time when Kenya decided to end AIDS as a public health threat before 2030. “DTG has come to help us fulfill that dream and ambition.”

Sub-Saharan Africa has been at the epicenter of the HIV epidemic for decades. Out of the 34 million HIV-positive people worldwide, 69% live in sub-Saharan Africa. According to World Health Organization, there are about 23.8 million infected individuals in all of Africa.