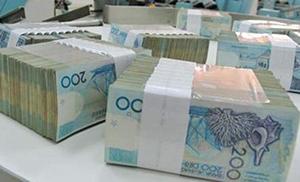 RABAT: Morocco’s central bank has postponed for “a few days” its announcement of the first phase of liberalizing its dirham currency, a key International Monetary Fund-backed reform for the North African country.
The central bank sent an invitation to reporters this week to say the much-anticipated announcement would take place on Thursday at a news conference with the central bank governor and finance minister. But the central bank in a brief note to reporters said it had been delayed.
A Finance Ministry official did not respond to multiple requests about why the announcement had been pushed back and central bank officials declined to give a reason.
The announcement had been delayed “a few days,” the central bank said in an e-mail to journalists without giving any further details.
The unexplained delay may reinforce investor concerns about transparency in the currency liberalization process after several conflicting statements about the start date in the past few months.
“The process is out of control and the guys in Rabat are behaving like in panic mode,” said one trader in Casablanca, where Morocco’s stock exchange operates. “The mismanagement of a sensitive process is putting the confidence of stakeholders at risk.”
The central bank late last year said the first stages of a gradual move from currency controls to a flexible exchange rate would be implemented in the second half of 2017, along with other reforms like inflation targeting.
The dirham is fixed via a peg that is 60 percent weighted to the euro and 40 percent to the dollar. The first stage will ease that peg to allow the currency to trade in a narrow range, which will expand gradually over the course of up to 15 years.
One concern has been the level of Morocco’s foreign reserves. The finance minister blamed speculation ahead of the currency announcement this week for a $4.4 billion drop in reserves in the last two months.