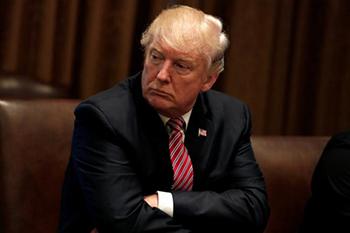 U.S. President Donald Trump will use the premise of a national security review of the U.S. steel industry to demand action by the Group of 20 leaders to reduce excess capacity and other distortions in the global steel market, White House economic adviser Gary Cohn said on Thursday.

The Trump administration expects to delay the release of the hotly anticipated study until after Trump has spoken with G20 leaders at the summit in Germany next week, another administration official said on Thursday, requesting anonymity.

The official said the delay was due to July 4 holiday week scheduling issues, with “no cause or linkage” to the Group of 20 meeting.

But the “Section 232” review will be a hot topic at the gathering in Hamburg.

The report could lead to broad new U.S. quotas or tariffs on imported steel, and Commerce Secretary Wilbur Ross had previously said he hoped to reveal its findings by the end of June.

“The premise of that report we will use as an opportunity to talk with many of our trading partners around the world about what’s going on in steel,” Cohn said on Thursday.

The study invokes a Cold War-era trade law that allows the president to restrict imports of goods deemed critical to national defense.

The administration official declined to provide details on the findings of the study, which the department aims to use as a catalyst to help reduce excess global production capacity, particularly in China.

But American companies that consume steel have been “vigorously” lobbying Trump administration officials against major new tariffs on foreign steel that would raise prices of the key raw material, a lobbyist with clients on both sides of the debate said.

He compared the anti-tariff push to efforts by corporate CEOs in April to stop Trump from withdrawing from the North American Free Trade Agreement, with many calling the White House to try to persuade the president to change his mind.

Russia requested a discussion on the U.S. steel 232 investigation at the World Trade Organization’s Council for Trade in Goods meeting on Friday, signaling that any new import restrictions could face challenges from WTO members. Russia is a significant steel exporter to the United States.

The Trump administration, asked whether provisions would be made for NATO allies, many of whom supply steel products to the U.S. defense industry, to negotiate an exemption from tariffs, said: “I wouldn’t call them exemptions. There is an interest in negotiating collective action which would deal with the problem in a more global way.”

Ross has said he believes there is a “genuine” national security concern over the steel industry’s health and one possible remedy is to impose import quotas on certain products coupled with tariffs on any amounts that exceed the quotas.

Ross told a German economic conference that such measures might have to be “broad-scale” but would be aimed at provoking a collective solution to deal with global steel excess capacity.

Cohn told the news briefing on Thursday that Trump would engage in discussions with G20 counterparts about promoting “free and fair trade,” including taking concrete actions to solve the excess capacity problems in the steel sector.

But Cohn added that the Trump administration “will act to ensure a level playing field for all.”

(Additional reporting by Maytaal Angel in London and Ginger Gibson in Washington; Editing by Andrew Hay)