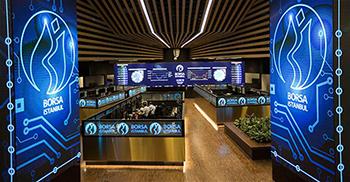 The banking and holding indices fell by 0.47 percent and 0.09 percent respectively. Among all sectors, the mining sector was the best performer – up 2.92 percent – while the leasing factoring index suffered the biggest decline, down 1.83 percent.

Shares of Yataş Bedding (YATAS), a prominent bedding and furniture manufacturer, were the top gainer with a 4.55-percent rise. Stocks of Çelebi Hava Servisi, which provides integrated ground services at airports, were the worst performer, falling 2.30 percent.