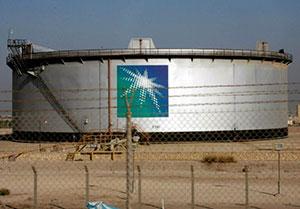 World No.1 oil exporter Saudi Arabia could raise prices for the heavy crude it sells to Asia in August to the highest in more than three years, trade sources said.

The move would come after refiner profits on churning out fuel oil from heavy crude hit record highs, with state oil giant Saudi Aramco cutting heavy crude production as part of a drive led by the Organization of the Petroleum Exporting Countries (OPEC) to rein in global output.

Saudi Aramco may lift the official selling price (OSP) for Arab Heavy crude to Asia by 20 cents a barrel to $1.65 below the average of Oman and Dubai quotes in August, its narrowest discount since December 2013, according to four Asian crude buyers.

A fifth trade source surveyed by Reuters said the price for the grade would remain unchanged from this month.

A hike in prices for Saudi heavy crude could buoy demand for such oil from other Middle Eastern producers, as well as supplies from Russia, Angola and the Americas.

“Maybe they (Saudi Aramco) will cut Arab Heavy supplies for August because of the OPEC cut and summer demand for power generation,” said a trader with a North Asian refiner.

Tighter heavy crude supplies have reduced fuel oil output and helped push profits on making that product in Asia to an all-time high of a 59 cents premium against Dubai crude on June 22.

Meanwhile, the four sources who expected a climb in Saudi heavy crude prices predicted that flagship Arab Light’s OSP would fall to a two-month low for August, down 20 cents a barrel after the Dubai market weakened last month.

Saudi crude OSPs are usually released around the fifth of each month, and set the trend for Iranian, Kuwaiti and Iraqi prices, affecting more than 12 million barrels per day (bpd) of crude bound for Asia.

Saudi Aramco sets its crude prices based on recommendations from customers and after calculating the change in the value of its oil over the past month, based on yields and product prices.