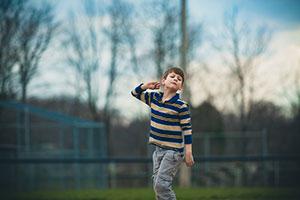 Modern diets are changing the compositions of our gut microbiota, and with that, our personalities. from shutterstock.com

Authors
1. Amy Loughman
Associate Lecturer, Industry Fellow, RMIT University
2. Tarsh Bates
PhD candidate, University of Western Australia
Disclosure statement
Tarsh Bates is affiliated with SymbioticA, The University of Western Australia.
Amy Loughman does not work for, consult, own shares in or receive funding from any company or organisation that would benefit from this article, and has disclosed no relevant affiliations beyond the academic appointment above.
We have long believed that “good” immune cells recognise and defend against “bad” invaders. That’s why a large proportion of medicine has been directed at killing microbial enemies and conquering microbial infections.
This militaristic understanding of immunity reflected the culture of the 20th century, which was dominated by nation building and world wars between “us” and “them.” It was a time when “survival of the fittest” came to be seen as the driver of evolution and competition and war were considered a natural part of what it is to be human.
But a radical shift in understanding the relationship between humans and microorganisms occurred with the discovery that only 50% of the cells in our bodies are human. The rest are microbes, such as bacteria, yeasts (members of the fungus family), viruses, and even insects. Together, these make up the microbiome.

The 23,000 genes that comprise the human genome pale in comparison with the 3.3 million genes in the microbes that live in our guts. These produce proteins that help us digest food and support our immune systems.
Through the gut-brain axis, these genes even influence mood and memory. The gut-brain axis is a set of communication pathways between the gut and brain occurring largely through the actions of the gut microbiome.
Because we have evolved with microorganisms inside us, we now have specialised communities in our guts, on our skin, and in our mouths. Our microbes are understood to be so critical to our existence, many scientists consider us to be symbiotic organisms, made up of the host, the microbiome and the environment. This holy trinity is what they call the “holobiont”.
Considering human life as a function of the microbiome and our environment allows us to acknowledge that we may be affected by entities that harbour different evolutionary needs. For example, our food choices don’t just affect human health through nutrients and caloric balance, but also through their impacts on the gut microbiome.
Microbes and diet
The food we eat feeds our gut microbes and directly impacts their survival. Within two days of changing diet, our gut species change. Different gut bacteria thrive on different diets. For instance, Prevotella strains consume carbohydrates while Bacteroidetes prefer some fats, and Candida prefer glucose over protein. So, some species starve and others thrive based on what we eat.
The species in ours guts are also proving to be relevant to health and disease. Prevotella, for instance, has been linked to improved glucose tolerance and is much more prevalent in the guts of hunter-gatherer societies (such as the Hadza people in Tanzania) than those in Western societies. The reduction of Prevotella in gut-bacteria in Western populations is thought to partially explain modern epidemics such as diabetes and obesity.

It shouldn’t surprise us then, that microbes can shape our food choices to ensure their own survival. Some metabolites, the small byproducts of microbial digestion, can make us feel hungry, full or crave certain foods. However, the evidence in humans is so far somewhat circumstantial. A study of chocolate-craving and chocolate-indifferent people found different microbial metabolites in their urine, suggesting different bacteria were present in the gut.
Metabolites are important in terms of function, because we know these can send signals to the brain. Signals to regulate eating behaviour are also transmitted via the vagus nerve that runs between the brain and the gut. At least two human studies have shown blocking the vagus nerve induces weight loss in obesity, while stimulating it in rats has led to overeating.
Microbes and behaviour
Behaviour is also a function of the holobiont, not just the human host. Some metabolites are neuroactive, which means they can travel along the gut–brain axis and affect human mood, mental health and behaviour.
Much of the work exploring direct microbe-related behaviour has been done in mice and rats. These studies have had some pretty interesting results though. They’ve shown that behaviour can be transferred through poo transplants, that animals bred without any bacteria show unusual social and emotional behaviours, and that serotonin – the brain chemical associated with mood and depression – is produced largely in the gut. Together, these findings indicate a strong evidence base for the fact that the microbiome can affect host behaviour.
The best human evidence comes from the observed impacts of food on mood and behaviour – and microbes are the likely explanation. A good example is a study of healthy women some of whom consumed yogurt with a certain probiotic for one month. The researchers had the participants lie in a functional MRI scanner while they were shown pictures of faces with different emotions.
Those who had received the yogurt had reduced activity in the emotional processing brain regions, suggesting a dampening of the stress response, than those who didn’t have yogurt.

The protective value of a whole-food diet for depression also points to the importance of gut microbes for brain health. Mood disorders that can accompany conditions such as irritable bowel syndrome and inflammatory bowel diseases are thought to be related to microbial disruption in the bowel.
Recent research has also suggested the gut microbiome may have a role in the development of autism spectrum disorders (ASD). Research has found people with ASD have significantly higher numbers of Candida species in their intestines, for instance. Although determining causation is complicated, these microbes reduce the absorption of carbohydrates and release ammonia and other toxins which are thought to contribute to autistic behaviours.
There is also emerging evidence showing that differences in gut bacteria in children are related to behavioural problems, and potentially to future mental health risk.
There are numerous reports of changed gut bacteria in people experiencing mental illness such as schizophrenia and depression, as well as neurological disorders such as Parkinson’s disease. However, it is difficult to establish causation.
A compelling argument is made by studies that show microbiota transplants from people to mice actually change the behaviour of the recipient mice. One study used microbiota from people experiencing irritable bowel syndrome (IBS) and showed the mice who received the transplants experienced the same anxious behaviour that often accompanies IBS.
Changing the game

Many of our microbes aren’t good or bad, but they become bad because we change the game. from shutterstock.com
We are ecosystems, whose members are intricately balanced by cooperation and competition. Many of our microbes are neither good nor bad. But they become bad because we change the game, giving them the opportunity to be bad.
For example, we are increasingly interfering in the ecosystem by using antibiotics and sanitisers, hormone and immune system treatments, cosmetic and plastic surgery, or biomedical implants and devices such as contact lenses or heart valves.
Although sanitation and nutrition have greatly improved in much of the world, antibiotic overuse has led to the rise of antibiotic resistant bacteria. Antibiotics also change what is in our microbiome. Many women would be familiar with Candida infections (thrush) that flourish after they use antibiotics, for instance.
Biomedical implants, contact lenses and dentures provide warm, moist and nutritious conditions for colonisation by microbes. Increased oestrogen use in birth control pills and other hormone treatments has been shown to promote yeast infection and reduce immune efficiency.
In fact, the hygiene hypothesis argues that infections help build our immune system and the proliferation of sanitising disinfectants in our homes could be contributing to skin allergies and respiratory conditions.

Our definitions of good and bad are cultural as much as biological. For example, body odours and stale breath which are caused by microbes are not inherently unhealthy, but the market for antiperspirants, deodorisers and mouthwash is flourishing. Increasing skin conditions, allergies and illness could be the result of our attempts to control and groom our microbes, good and bad.
Our diets have also changed rapidly and the flow–on changes to both human and microbial health are apparent. Non–communicable disease epidemics such as obesity and heart disease are clear consequences of highly processed foods and increasingly inactive lifestyles.
The changing modern diet may also have effects over generations, as we pass on our microbial communities to our children. Research in mice has found some bacterial strains could not recover in the grandchildren of mice fed low–fibre western diets, even when a high–fibre diet was reintroduced. It may not be long then, before the modern western diet will have irrevocably changed the gut bugs and health of future humans.
Rethinking the metaphor
For most of the twentieth century, we were at war with microbes. Vigilant immune systems defended against vicious and sneaky microbial attacks. The cold and flu medication Codral, as just one example, famously helped us “soldier on.”
We have to rethink this militaristic metaphor. If we are a complex ecosystem which relies on the microbes in it, we cannot wage war against them. If microbes are part of our immune systems, who is fighting whom?
How we talk about our microbes reflects how we think about ourselves and others. As holobionts, we need to figure out how to live with all the members of our bodies. How might our worlds (and bodies) be different if we behave as resilient communities where the “others” are different selves, rather than invaders, terrorists, colonisers, or competitors?

The authors will be presenting on this topic at the upcoming Emerging Issues in Science and Society event at Deakin University on Thursday, 6 July 2017. For more information and to book tickets, see the event’s website.