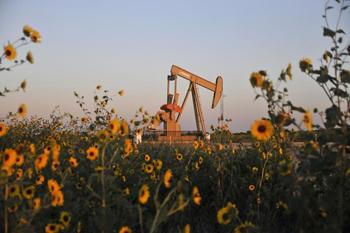 By Nick Cunningham
There are some early signs that the shale boom is once again coming to a halt, beaten back by another bear market.
The oil rig count declined by 2 last week, the first decline in six months. It is too early to tell whether or not this is a trend – it is one data point, after all – but if the surging rig count starts to flatten out or even decline a bit, it would provide a huge lift to the oil market.

It would also suggest that U.S. shale can’t continue to grow at such a rapid clip with oil prices below $45 per barrel. Shale is often likened as the new “swing producer,” that is, a source of supply that ramps up and down on short notice in order to balance the market. Reasonable people can debate that moniker, but if forthcoming data in the next few weeks shows that shale is slowing down, it would appear that prices in the mid-$40s are the threshold around which shale turns on and off.
A second piece of data also adds some weight to the notion that U.S. shale could be struggling with oil prices in the $40s. The EIA reported that U.S oil production dipped by 100,000 bpd for the week ending on June 23, the largest weekly decline in over a year.
More solid evidence comes from the retrospective monthly numbers, which are published with a several month delay but tend to be more accurate. The EIA just reported figures for April, which show U.S. oil production dipping to 9.083 mb/d, down from 9.107 mb/d in March. It was the first monthly decline in output in 2017.
Again, these are only a few data points, so they do not necessarily prove anything. But if they are the start of a trend – if rig counts flatten out and production starts to fall – it would be a significant development. The EIA has predicted that the U.S. will grow production from the roughly 9.3 million barrels per day (mb/d) currently up to 10 mb/d by next year. That could be a difficult target to meet if the rebound starts to fizzle.
Moreover, a slowdown and perhaps even a decline in production would also dispel the belief that shale can continue to grow at sub-$40 oil prices. A lot of shale companies have boasted about their lower breakeven prices, and some say they can even make money with oil below $30 per barrel. That may be true for individual companies, but not for the industry as a whole. Conventional wells deplete at a rate of around 5 percent annually, and shale wells decline at a much faster rate. Without heavy drilling activity, overall production will fall. We will need more data, but again, that threshold for growth could pivot around the $45 price level.
Of course, slowing production will induce higher prices, which in turn, could provide more breathing room for drillers.
In fact, only two weeks after oil officially entered bear market territory, the market is starting to regain a bit of confidence, which is no doubt influenced by the sudden slowdown in U.S. shale. Hedge funds and other money managers staked out the most bearish position on crude futures in nearly a year, but the most recent data showed that the buildup of short bets slowed to a trickle. The past week of oil price gains could reverse that rush towards a bearish positioning. “That slowdown was the prelude to what should be probably a pretty sizable net change in the position next week,” John Kilduff, partner at Again Capital, told Bloomberg. The liquidation of bullish bets could be “running out of steam,” he said.
That might mean that there is a little more room for oil on the upside. Sharp selloffs can slow things down, setting up the conditions for a tighter market. “Sentiment has turned and I think we should be going up (in price). I don’t think it’s going to last, but the momentum at the moment is with the bulls,” PVM Oil Associates strategist Tamas Varga said in a Reuters interview.
Others are in agreement. “You are going to see crude oil inventories globally and domestically begin to decline month after month. That will support crude oil prices, boosting the entire sector,” Rob Thummel, managing director for Tortoise Capital Advisors, told CNBC, adding that the “fundamentals are set up for a second-half comeback.”
It is also possible that the latest string of data pointing to a slowdown in the shale patch could be a one-off anomaly. If the rig count and weekly production figures resume their year-long climb, sentiment will quickly turn negative once again. David Leben, director of commodity derivatives at BNP Paribas, told the WSJ that the situation is not dramatically different from two weeks ago. “All the bearish things are kind of still in play,” he said.
By Nick Cunningham of Oilprice.com