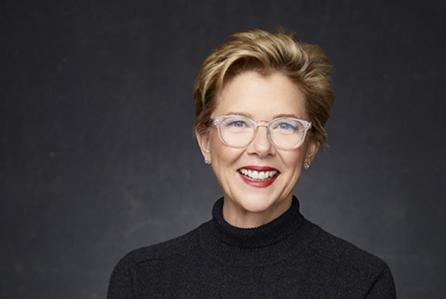 Following in the footsteps of her American Beauty helmer Sam Mendes last year, Annette Bening has been named President of the jury for the 74th Venice Film Festival. The actress is the first woman in recent memory to assume the role. Fest director Alberto Barbera acknowledged that today, saying, “It was time to break with a long list of male presidents and invite a brilliant talented and inspiring woman to chair our International competition jury.”

Catherine Deneuve was the last female president in 2006. Gong Li and Jane Campion also held the position in 2002 and 1997, respectively.

Barbera added, “I am extremely happy that Annette Bening has accepted this role, which she will carry out by virtue of her stature, her intellect and the talents she has manifested over the course of her career, in Hollywood, Europe and on the stage. Hers is a career marked by always interesting, often daring choices. A sophisticated and instinctive actress, able to portray complex shadings of character, Annette Bening brings to her roles an understating, a warmth and a natural elegance that makes watching her films a wonderful and ever enriching experience. I welcome her to Venice.”

The four-time Oscar nominee said today, “I’m honored to be asked to serve as the President of the jury for this year’s Venice Film Festival. I look forward to seeing the movies and working with my fellow jury members to celebrate the best of this year’s cinema from all over the world.”

Bening was last seen in last year’s 20th Century Women, for which she received her 8th Golden Globe nomination. Upcoming is Michael Mayer’s adaptation of Anton Chekhov’s play The Seagull opposite Saoirse Ronan; Paul McGuigan’s Film Stars Don’t Die In Liverpool with Jamie Bell; and Dan Fogelman’s drama Life, Itself with Olivia Wilde, Oscar Isaac, Samuel L Jackson and Antonio Banderas. Surprisingly, Bening has never had a film in competition on the Lido.

The jury will award the Golden Lion for Best Film as well as the other main prizes on September 9. The festival kicks off on August 30.