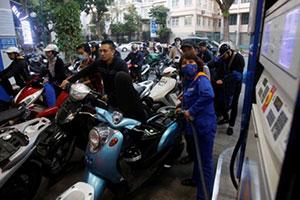 Oil markets were firm on Wednesday on worries over geopolitical tensions in the Korean peninsula and the Middle East, although prices were capped as supply remains ample despite an OPEC-led drive to rein in production.

Brent crude futures, the international benchmark for oil prices, were at $49.63 per barrel at 0155 GMT, virtually unchanged from their last close.

Both markets have recovered around 12 percent from recent lows on June 21.

Traders said that firm prices came on the back of a sense of rising global security risk following North Korea’s repeated missile tests and the political crisis between Qatar and an alliance of Arab nations led by Saudi Arabia and the United Arab Emirates.

Despite this, crude prices seem locked below $50 per barrel.

Traders said that is because of ample supplies despite a pledge led by the Organization of the Petroleum Exporting Countries (OPEC) to hold back production between January this year and March 2018 to prop up prices.

Despite that move, OPEC’s oil exports rose for the second month in a row in June, according to Thomson Reuters Oil Research.