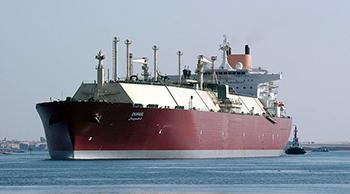 The world’s largest liquefied natural gas (LNG) exporter Qatar plans to increase production by 30 percent over the next few years despite the country’s diplomatic spat with the Gulf Arab nations, said the CEO of Qatar Petroleum Saad Sherida al-Kaabi.

He told reporters Qatar intends to raise production to 100 million tons of natural gas a year by 2024.

“Last April, we announced our intention to develop a new gas project in the southern sector of the North Field that can be targeted for export,” al-Kaabi said, adding that once completed within 5-7 years, the project “will raise the production of Qatar to about six million barrels of oil equivalent per day.”

“We will remain the leader of LNG for a very long time,” said al-Kaabi.

His statements come as Qatar faces political and diplomatic isolation by a Saudi-led bloc of Arab countries. They broke off diplomatic and trade relations with Qatar last month over alleged support of terrorist groups, a charge denied by Doha.

Qatar’s current LNG production is around 77 million tons per year and the expansion will increase output levels to the equivalent of six million barrels of oil per day, according to al-Kaabi.

The CEO of the state-run company said it won’t cut gas supplies to any country, adding that sanctions imposed by the four Arab countries had no impact on the firm’s operations.

“If some companies do not want to cooperate with us, it’s up to them; we will find other partners,” he concluded.

According to al-Kaabi, Qatar does not currently have plans to stop exporting gas to the UAE via the undersea Dolphin Energy pipeline. He, however, did not rule out such a possibility if the crisis continued.

On Saturday, Qatar rejected an ultimatum from the bloc to close down a Turkish military base and shut the Doha-based satellite channel Al Jazeera, saying the “list of demands was made to be rejected.” It added that was ready for dialog under “the proper conditions.”

Saudi Arabia and its allies have given the country a deadline of Monday to meet the ultimatum but agreed to allow an additional 48 hours for the diplomatic process to continue.

“I think it is premature to talk about extra sanctions … this depends on what we will hear from our brothers in Kuwait,” he said.