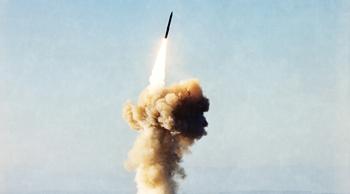 By Nick Wadhams and Kanga Kong

The U.S. confirmed a rocket launched by North Korea on July 4 was an intercontinental ballistic missile, with Secretary of State Rex Tillerson calling it a “new escalation of the threat” to the U.S. and its allies that would be brought before the United Nations Security Council.

“Global action is required to stop a global threat,” Tillerson said in a statement. “Any country that hosts North Korean guest workers, provides any economic or military benefits, or fails to fully implement UN Security Council resolutions is aiding and abetting a dangerous regime.”

South Korea also said the missile was an ICBM, though it added it couldn’t confirm if it was successfully tested. Labeling the rocket an ICBM reflects a U.S. assessment that North Korea now may be capable of striking the U.S. — possibly Hawaii or Alaska — though it’s believed to be some way from the capability to deliver a nuclear payload to the U.S. mainland.

North Korean leader Kim Jong Un’s actions further escalate tensions over his nuclear ambitions and show how efforts to rein him in — from international sanctions to U.S. and Chinese pressure — have not worked.

The issue is set to dominate this week’s Group of 20 summit in Germany, where U.S. President Donald Trump is due to meet with Chinese counterpart Xi Jinping. Trump has already indicated in recent weeks he believes China is not doing enough to curtail its neighbor and ally.

Kim is “firmly determined and committed” to test an ICBM that can hit the U.S. mainland within this year, the state-run Korean Central News Agency said on Wednesday. It said the ICBM was capable of carrying a newly-developed, large-sized nuclear warhead, and was tested for re-entry capability.

Estimates have varied on the altitude the missile achieved, though South Korea and Japanese officials have put it around at least the 2,500 kilometer (1,553 mile) mark. It flew for approximately 40 minutes, or about 930 kilometers.

Kim said the U.S. must be upset with the “package of gifts” he sent for its Independence Day and plans to send more in future, the KCNA report said. He won’t put his nuclear and ballistic missiles on the negotiating table unless the U.S. withdraws its nuclear threats.

While China and South Korea favor talks to lower tensions with North Korea, the U.S. insists negotiations can only happen if Kim halts his nuclear program, while Trump has said military action is one option for dealing with the regime.

The U.S. and South Korea test-fired missiles into territorial waters on South Korea’s east coast, the U.S. Pacific Command said in a statement. “The launch continues to demonstrate that North Korea poses a threat to the United States and our allies,” Pentagon spokeswoman Dana White said in a separate statement. “Together with the Republic of Korea, we conducted a combined exercise to show our precision fire capability.”

Geopolitical concerns loomed over financial markets for a second day, as saber-rattling over North Korea’s nuclear weapons program sent investors seeking out haven assets such as the yen. The Kospi stock index fluctuated in Seoul after falling 0.6 percent Tuesday. The yen rose 0.3 percent to 112.93 per dollar as of 9:12 a.m. in Tokyo after climbing as much as 0.6 percent during Tuesday’s session.

Trump turned to Twitter on Tuesday after news of the launch. He wrote: “Perhaps China will put a heavy move on North Korea and end this nonsense once and for all!” In response, China Foreign Ministry spokesman Geng Shuang said Beijing had been “indispensable” in pressuring Kim.

Tensions are rising between Trump and Xi over a broader range of issues. In a call with the U.S. president this week, Xi complained about a “negative” turn in ties. The U.S. has in recent days announced a $1.3 billion arms sale to Taiwan, published a report ranking China among the world’s worst human-trafficking offenders and called on Beijing to let ailing Noble Peace Prize winner Liu Xiaobo seek cancer treatment abroad.