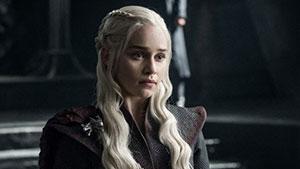 While little is known about the potential Game of Thrones spinoffs, we now know at least one pivotal character won’t be making a reappearance.

Actress Emilia Clarke, who plays Daenerys Targaryen in the hugely popular television series, has confirmed she doesn’t want anything to do with a Game of Thrones prequel, sequel or whatever other form producers come up with.

Speaking to Rolling Stone magazine, Clarke said her character’s story arc is set to carry through right to the final episode of season eight – but no further.

“I have no doubt there’ll be prequels and sequels and who knows what else,” she said. “But I am doing one more season. And then that’ll be it.”

Clarke, who was just 23 years old when she was cast in Game of Thrones, said she can’t imagine what her life would look like after she stepped away from the HBO production that made her a household name.

She does, however, have a rough idea: she wants to spend more time learning and maybe even starting her own production company instead of waking up at 3am seven months of the year to get into hair and makeup on time.

“It makes me emotional to think about [leaving Game of Thrones],” Clarke said. “It’s my beginning, middle and end – the single thing that has changed me most as an adult.”

HBO is developing five scripts that could potentially work as Game of Thrones spinoffs, with each of the writers working closely with Song of Ice and Fire author George RR Martin. How many pilots will be shot, and how many series will come out of the workshops, has yet to be determined.