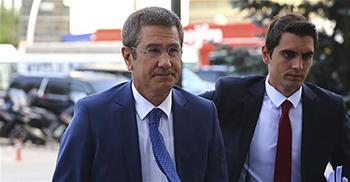 “We will continue to implement reforms. As per instructions of our president, we have a 180-day action plan and efforts are underway to implement it,” Canikli said.

He also predicted that Turkey would witness a single-digit inflation rate by the end of 2017.

“Amid high economic growth in Turkey, the recent decline in inflation is a very valuable development,” he said.

The country’s inflation rate decreased to 10.90 percent year-on-year in June from 11.72 percent in May, data from the Turkish Statistics Institute (TÜİK) showed on July 3.

Canikli said Turkey would surpass its target of the 4.4 percent growth rate in its medium-term program.
“Turkey’s economy must grow continuously in order to increase employment and national income,” he added, pointing out the needed contributions of “all economic actors to the country’s strong growth.”

“Banks are valuable as long as they support production in the country,” Canikli said.

Turkey’s economy grew by five percent in the first quarter of 2017, according to TÜİK data released on June 12.

Last year, Turkey’s economy grew 2.9 percent, down from 6.1 percent in 2015 and 5.2 percent in 2014.
President Recep Tayyip Erdoğan asked all ministers to prepare a 180-day action plan by the end of 2017 in order for implementation before the 2019 parliamentary and presidential elections.

“Charging high interest on deposits affects credit cost and thus production, the real sector and companies. This is not a realistic interest policy, it cannot be sustained and it is not correct as a method,” he said.

Canikli claimed that the idea that raising interest rates hits deposits is “a deception and a fallacy,” while stressing that “interest rate competition” between banks should be avoided.