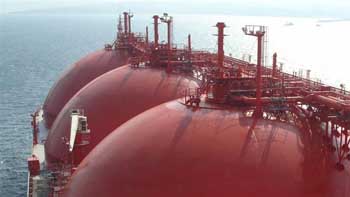 Poland has unveiled a plan that would make it the European hub for imports of natural gas from the US.

The plan was unveiled by Polish President Andrzej Duda during a visit to Warsaw by US President Donald Trump.

“Can we become a hub through which American LNG gas will flow to central Europe? I am convinced the answer is ‘yes’,” Duda told journalists meeting Trump.

The Polish president stressed the issue is under the framework of Three Seas Initiative – an alliance of a dozen eastern and central European nations that border the Adriatic, Baltic and Black seas.

The announcement came a month after the first US tanker carrying liquefied natural gas (LNG) arrived in Poland.

Poland imports most of the 16 billion cubic metres of gas it consumes a year from Russia, on the basis of a long-term deal with Gazprom which expires in 2022.

Warsaw plans to replace the Russian gas after then with supplies from Norway via a planned pipeline as well as with more LNG from the U.S. coming to its terminal at the Baltic Sea.

Earlier, the Polish foreign minister said more LNG supplies to Poland depended on the US.

“One tanker has arrived, and we have shown ourselves that this is possible. Now everything depends on the American side, whether they will offer a contract which would be commercially beneficial for Poland,” said Witold Waszczykowski as quoted by Reuters.

“This opens up a path to more contracts. I hope that in the near future there will be a long-term contract entered into for LNG gas deliveries from the US, and through this, we will diversify sources of supply of this hugely important raw material to Poland,” he said.