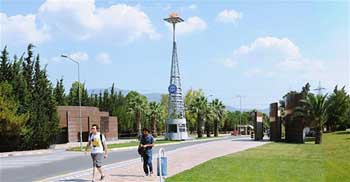 The rectorship of Ege University in the Aegean province of İzmir has launched an investigation into a post published on the website of its Electrical and Electronic Engineering Department, which had encouraged students to make donations to public foundations if they want to pass a particular class.

The post published on the morning of July 6 said that students who initially failed the “Community Service Practices” class would pass it with 100 points “if they donate 100 Turkish Liras to the [Turkish Armed Forces’] Mehmetçik Foundation, the 15 July Martyrs and Veterans Foundation, or the Red Crescent.”

The post carried the signature of the head of the department, Prof. Dr. Gökalp Kahraman.

The announcement was taken off the website later on the same day and the university rectorship made an announcement stating that there was “no such implementation.”

“All investigations regarding this post have been launched,” it added.