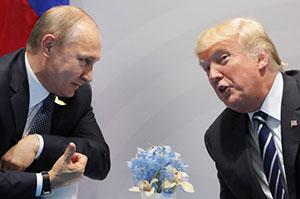 The US and Russia have reached a cease-fire agreement over the conflict in southwest Syria, officials announced Friday, as President Trump and Russian leader Vladimir Putin met for the first time at the G20 summit in Germany.

The cease-fire will go into effect Sunday at noon Damascus time, officials told the Associated Press.

Other details of the agreement weren’t immediately released.

US allies Jordan and Israel, which share a border with the southern part of Syria, are also part of the agreement.

The deal is separate from the de-escalation zones that were to be established in a deal among Russia, Turkey and Iran earlier this year. The US was not part of that agreement.