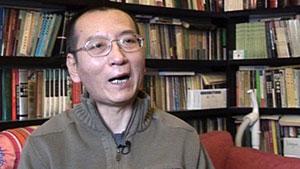 Kirsty Needham
Nobel Peace Prize laureate Liu Xiaobo is fit to travel overseas for cancer treatment if he is evacuated from China “as quickly as possible”, say two foreign doctors who have seen him.

The joint statement by the German and US experts who had been invited by a Chinese hospital to review Mr Liu’s treatment, partly to quell growing international calls for the jailed dissident to be allowed to leave China, will prove awkward for the Chinese government.
Chinese hospital authorities had claimed Mr Liu, who was diagnosed with terminal liver cancer, was unfit to travel overseas.
But Dr Joseph Herman, clinical research director of the University of Texas MD Anderson Cancer Center, and Dr Markus Büchler, chairman of the Heidelberg University’s Department of Surgery, said in a statement on Sunday that both institutions had agreed to accept Mr Liu for treatment.
The two overseas medical facilities said they could offer Mr Liu “the best care possible”.
“Liu Xiaobo and his family have requested that the remainder of his care be provided in Germany or the United States,” the statement said.
“While a degree of risk always exists in the movement of any patient, both physicians believe Mr Liu can be safely transported with appropriate medical evacuation care and support.
“However, the medical evacuation would have to take place as quickly as possible.”
Mr Liu, jailed for 11 years in 2009 for “inciting subversion of state power”, was awarded the 2010 Nobel peace prize for his work to promote democratic reform after co-authoring the manifesto Charter 08.
He was released on medical parole by the Liaoning Prison Administrative Bureau last month after being diagnosed with liver cancer.
His wife, Liu Xia, was released from house arrest to visit his bedside.
The United Nations Human Rights Office raised concerns last week following reports Mr Liu’s health had “seriously deteriorated”, but said its requests to access Mr Liu had been ignored by the Chinese government.
Chinese state media has carried a series of stories about the medical care Mr Liu is receiving, and last week reported an “expert” from Beijing’s Peking Union hospital who had trained in Australia had joined the medical team in Liaoning.
On Wednesday, it was reported that foreign experts from Germany and the US had been invited to examine Mr Liu, a move described by Chinese activists as a “compromise” in the face of the Chinese government’s refusal to allow Mr Liu to leave China.
On Saturday Dr Herman and Dr Büchler met the medical team at the First Hospital of the China Medical University to participate in a medical consultation.
Afterwards they said he should receive palliative supportive care and “additional options may exist, including interventional procedures and radiotherapy”.
The hospital in Shenyang, where Mr Liu is being treated, said on its website he was “suffering from advanced liver cancer that has metastasised to his entire body and is at the end stage”.