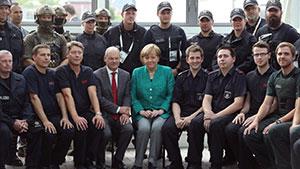 By Florian Gathmann and Philipp Wittrock
The Hamburg summit is over. Overshadowed by the violence on the streets outside, Angela Merkel and the rest of the G-20 leaders managed to find mini-compromises on major issues. But the question remains: Was it worth it?