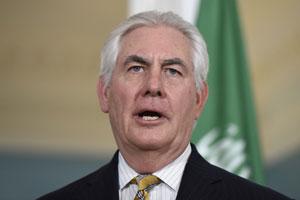 Karen DeYoung
Washington: After weeks of public statements and private phone calls with no apparent result, US Secretary of State Rex Tillerson has decided to personally intervene in the ongoing Persian Gulf dispute that has threatened US counter-terrorism operations in the Middle East.