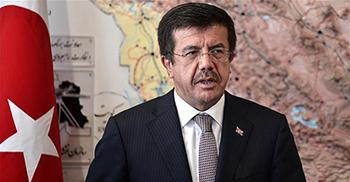 Austria has barred Turkish Economy Minister Nihat Zeybekci from entering the country to attend an event marking the anniversary of July 2016 failed coup attempt, a spokesman for Austria’s Foreign Ministry said in remarks broadcast on July 10.

“I can confirm that (Austrian) Foreign Minister (Sebastian) Kurz has in fact forbidden the Turkish economy minister from entering the country,” the spokesman told ORF radio. He said the event was “very big” and that the visit represented a “danger for public order and security in Austria”.

The decision followed a similar move by the Netherlands, which said on July 7 Turkish Deputy Prime Minister Tugrul Türkeş was not welcome to visit for a ceremony among Turkish expatriates to commemorate the anniversary.

A statement by Dutch Foreign Ministry said attendance by Türkeş or other members of Turkey’s government was undesirable “given the current circumstances in the bilateral relations between our land.”

The flight permit for Çavuşoğlu was canceled on March 11, while Rotterdam police barred Kaya’s entrance to the consulate building on the same day.

Kaya traveled to Germany with a police escort late on March 12.