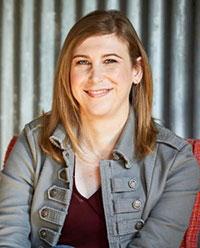 Dale Sheridan
When someone is pregnant or a new baby is born, usually the first question on everyone’s lips is: is it a boy or a girl?